Lee Ka-sing
A day in the life while he was a young man
from DUET series, 2019 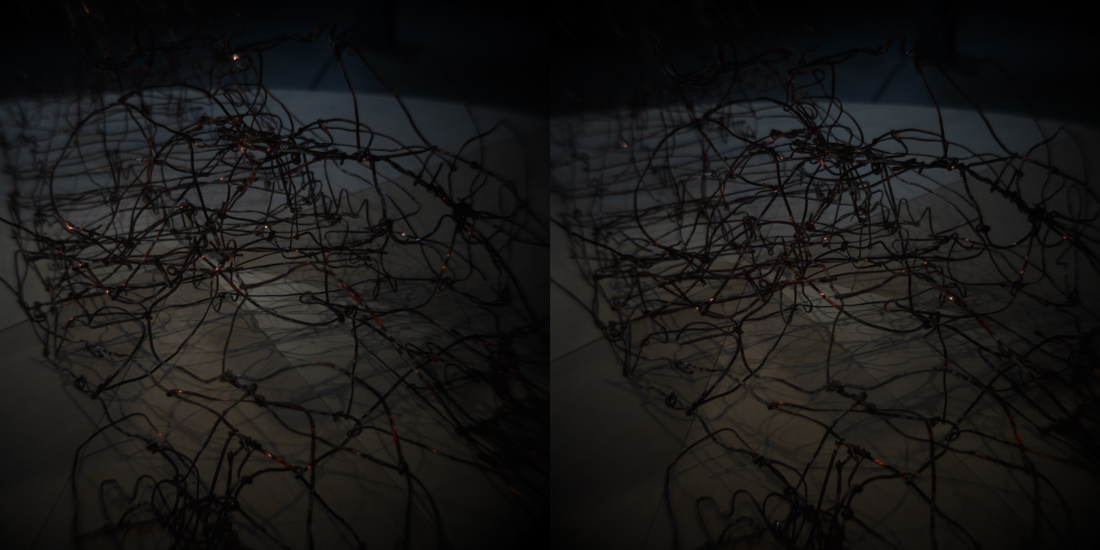 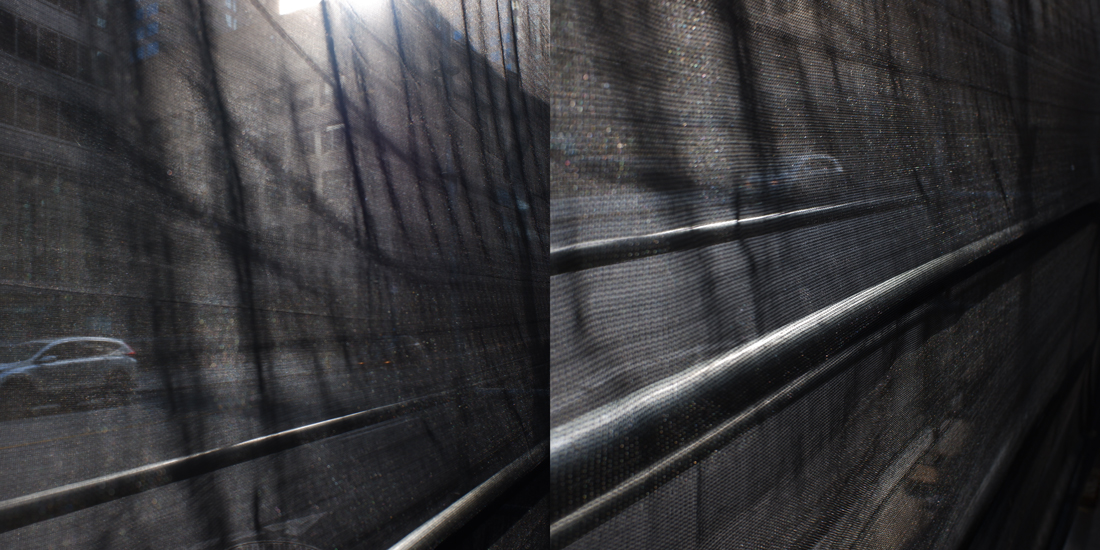 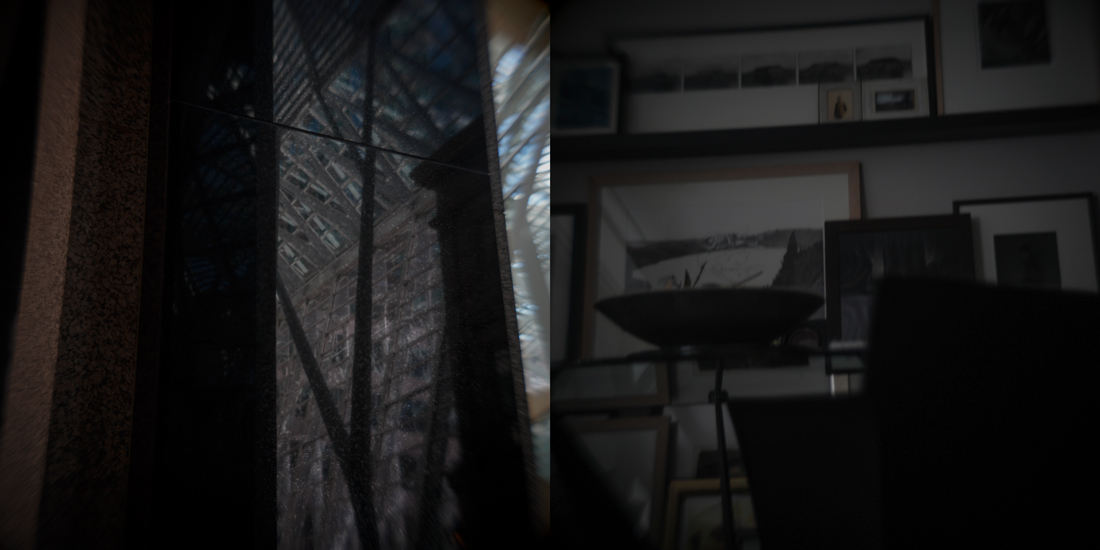 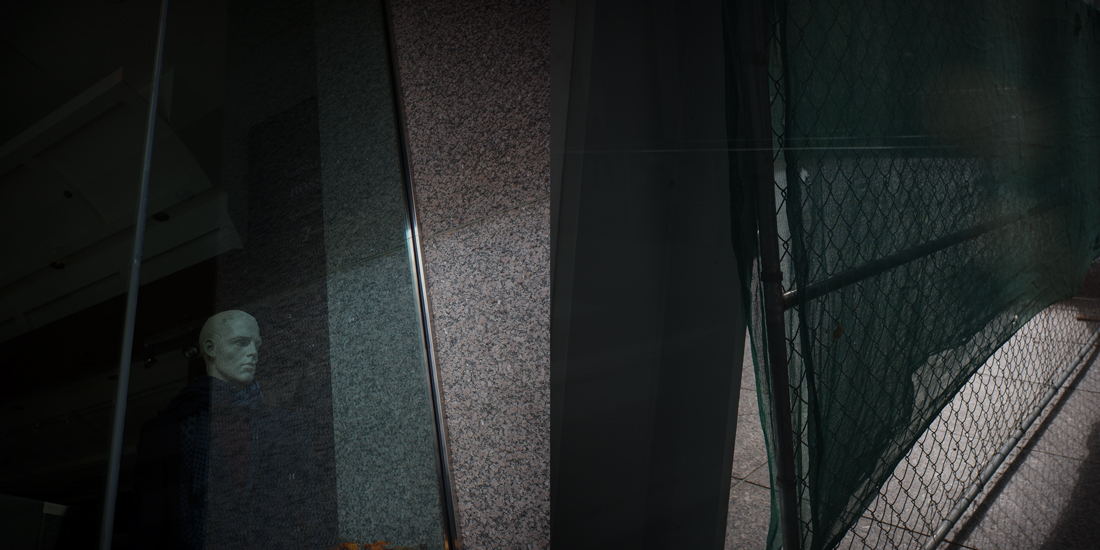 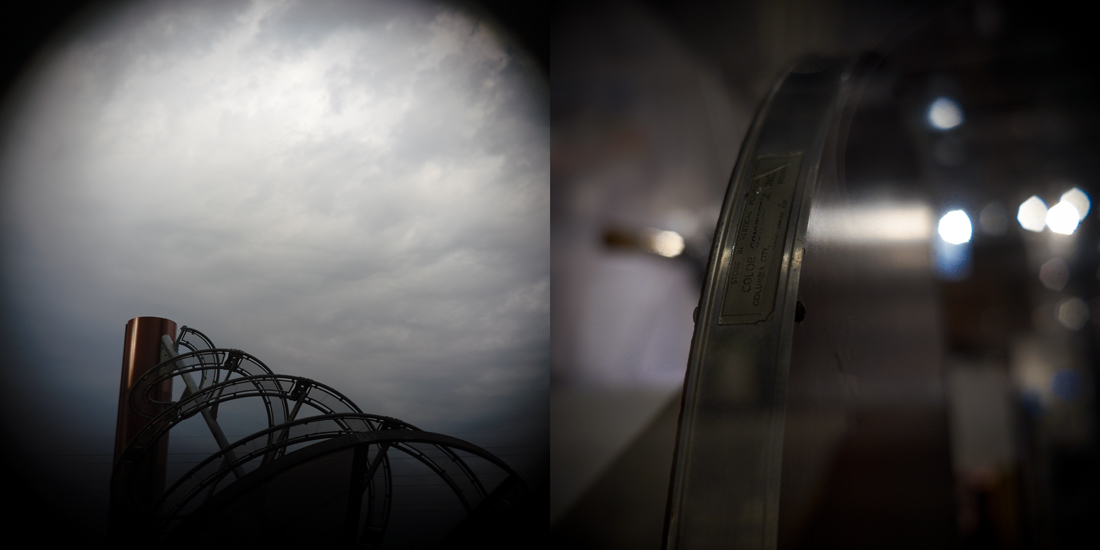 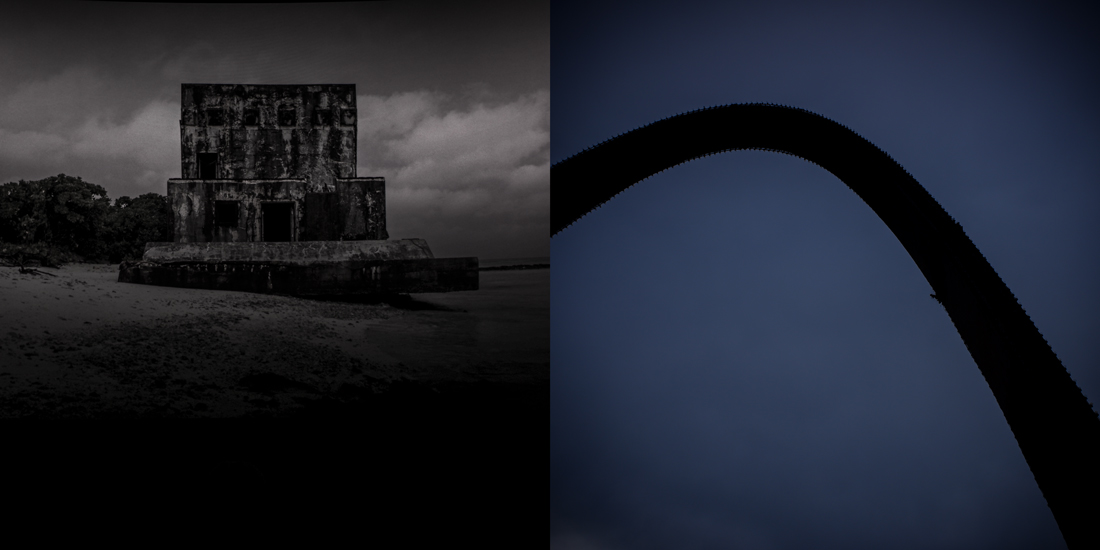 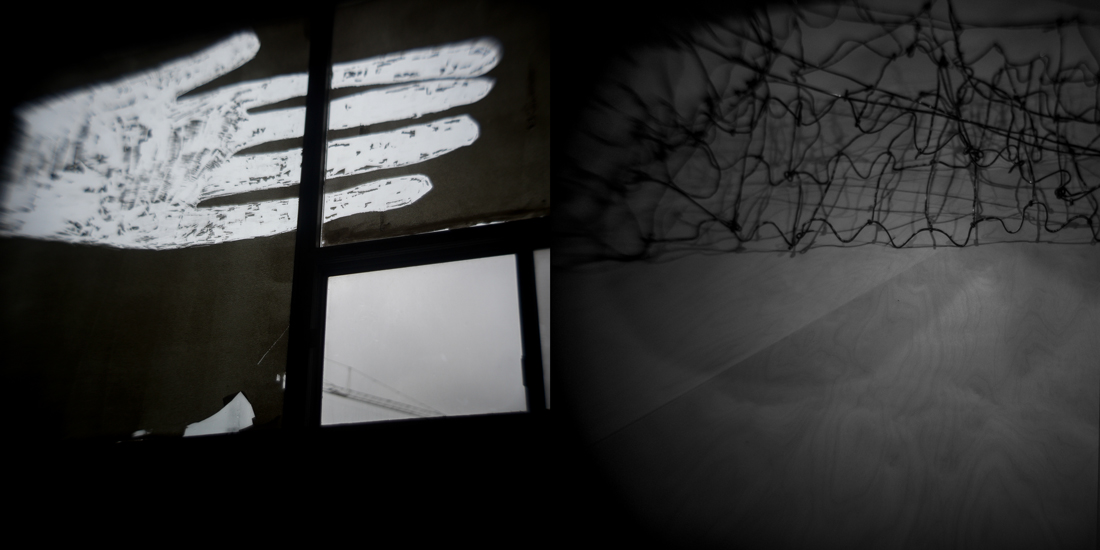 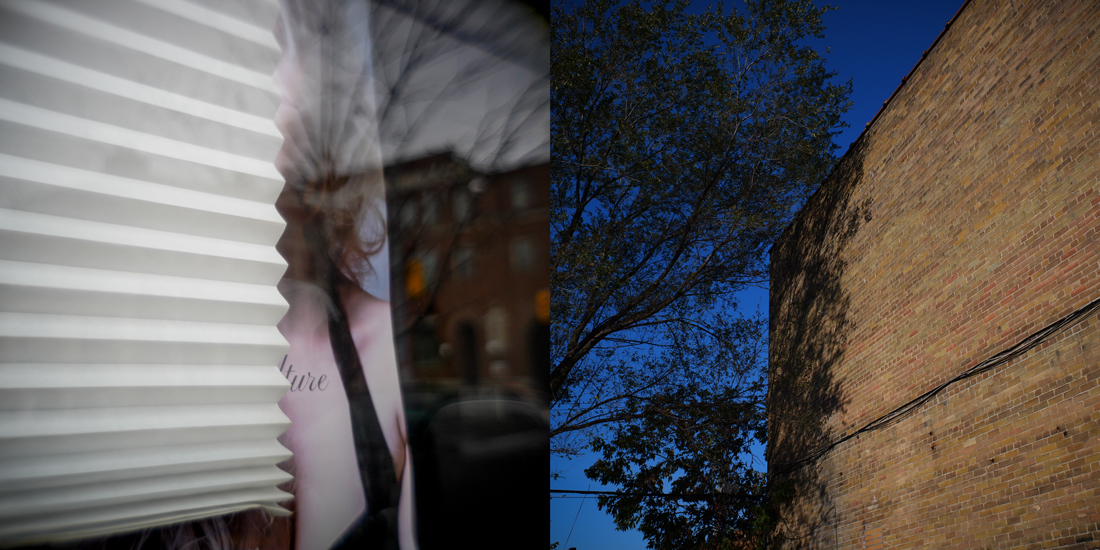 The tree is talking 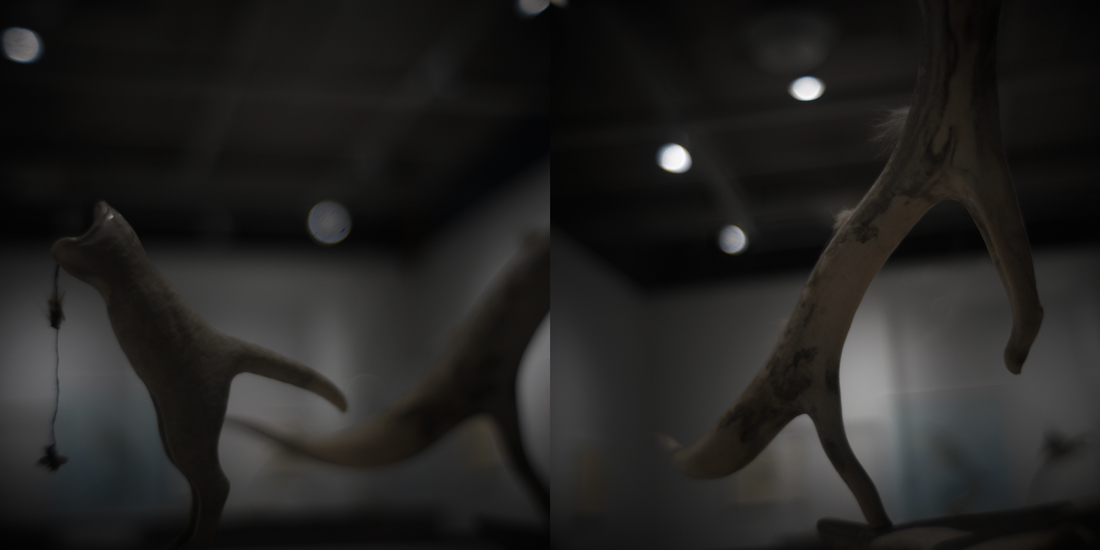 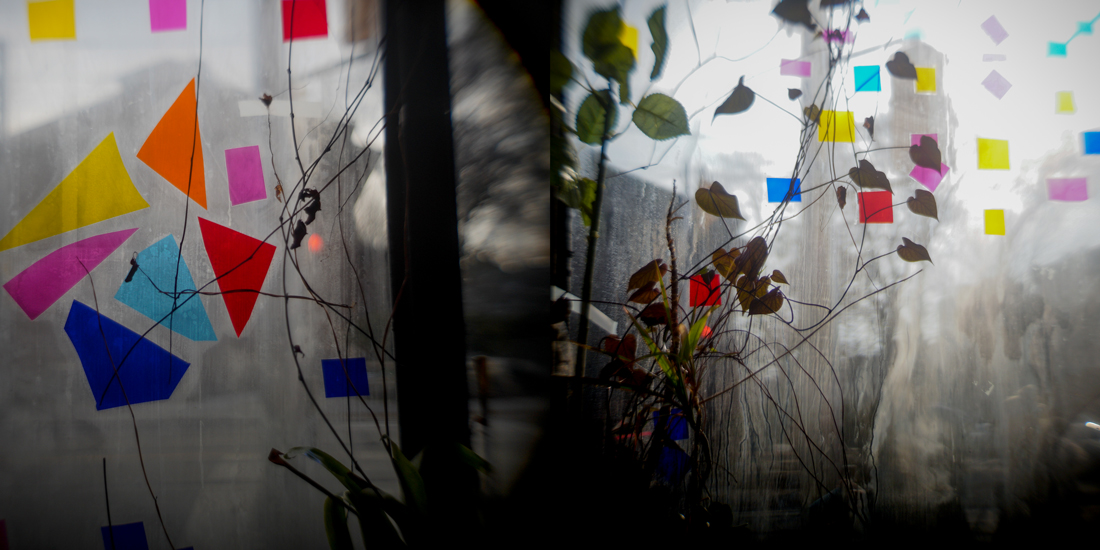 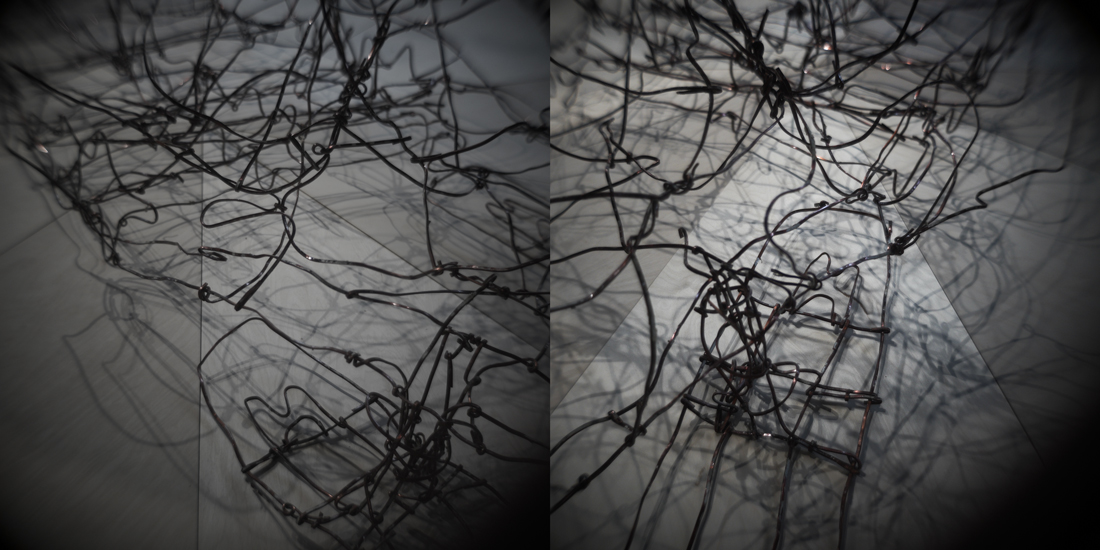 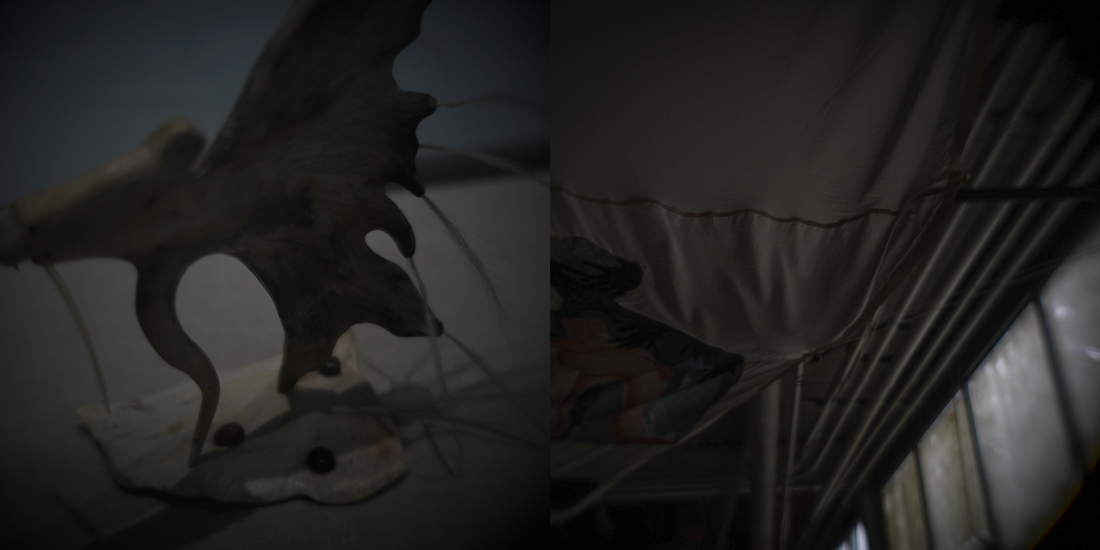 After they’d finished returning the appliance at the service counter, they were surprised and delighted to meet a band of nightmarish figures dressed for Halloween: an all white-furry bear with grisly sharp teeth and glassy green eye balls, an eyeless wizard wearing his signature pointed hat, the long grey hair of his eye brows joining his beards, the green face wicked Witch of the West from the Land of Oz jetting out a malicious laugh. And there, hauntingly stood a female ghost figure that Ginger was afraid of most. Dressed in a white robe, she had dark-circled, big black eyes and parted long dark hair from the middle of her head. There were skull warriors, Dracula in his coffin rising up, and a zombie in blood-drenched ripped clothes, its hair, teeth, nails and one of its eye were falling off…despite the ‘inflicted’ terror Ginger was overjoyed to wander in this hellish warehouse. She kept circling around the ‘dead’ and made selfies. Her instagrams has a few hundred followers.

Mrs. Bento remembered some years ago Ginger was still interested to dress up for Halloween. One year she was the Goddess Athena, designed herself a scaled golden armour, helmet and a beige long dress, a live-size plastic owl she bought from Dollarama perched on her left shoulder. Another year she was the Superwoman, holding the big styrofoam hammer she stole from her teammate Thor. And approaching this year’s Halloween, Mrs. Bento heard that one out of 5 adults would buy a costume for their pets. Ginger would never do that. She refuses to dress Cigar in any occasions. She said bat wings, lobster, gingerbread man, cowboy, Frankenstein, plush shark, bumble bee, pumpkin, vampire, ghostbusters, stegosaurus et cetera et cetera prove to be just too much and, too humiliating for the pride of any real animals. And genuinely, Cigar, without any Halloween costume, looks already very Halloween in his real black and white fur costume. All you have to do is to make him hiss…thought Mrs. Bento. Oh, and Ginger told Mrs. Bento, this year many people will choose to dress up like the Skeksis, the part reptile, part vulture, part dragon antagonists of the recently revived puppet TV series The Dark Crystal. Mrs. Bento got it. She just finished watching the season finale with Cigar half asleep on her lap.

Unlike ghost festivals in many places in Asia, clever commoditization has made Halloween more fashionable, bigger and better. It is one of North America’s favourite festivals and holidays next to Christmas. More than 2 million North Americans celebrated the event, spending billions on candy and decorations. Out of the many houses that were decorated for Halloween, Mrs. Bento loved the ones that were plain. Homeowners simply hanged a few ghost-like figures on the trees, big and small, all made out of plastic bags. They were cheap to make, they danced and billowed like little scary spirits and, for a moment, felt eerily real. Holly Lee - An assignment, on location shooting in Shenzhen for an annual report for the National Bank of Canada.