This is the last batch of photographs from the series of work I made during the lockdown period. The first piece was made on March 5, whereas the last one photographed on June 28. There are altogether 245 photographs in this series. Currently I am  working on this book in a POD format, and will edit the photos down to approximately 230 counts. Meanwhile you can view the complete work at this link:
https://oceanpounds.com/pages/domestic-life-colour-book 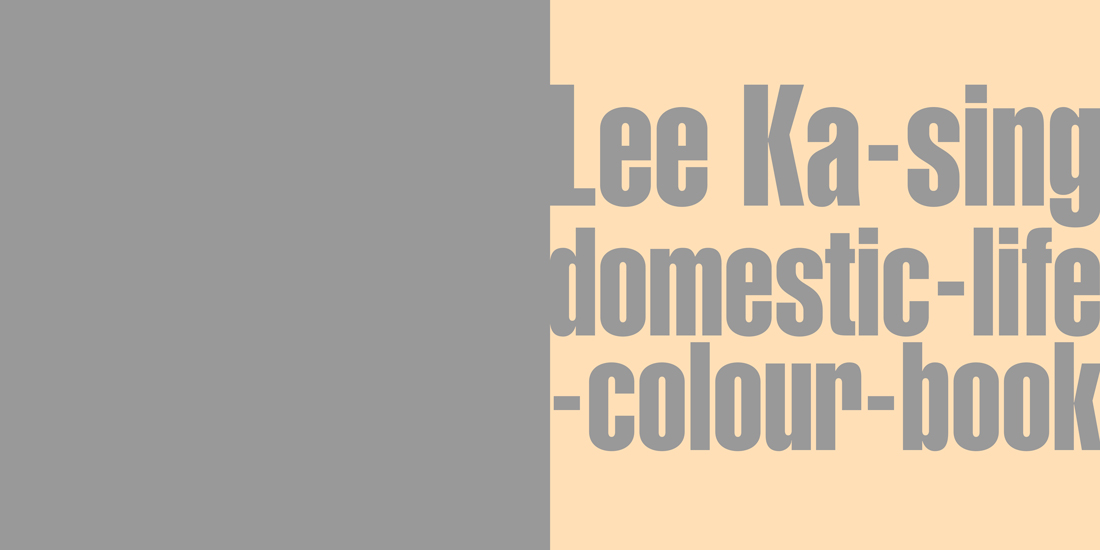 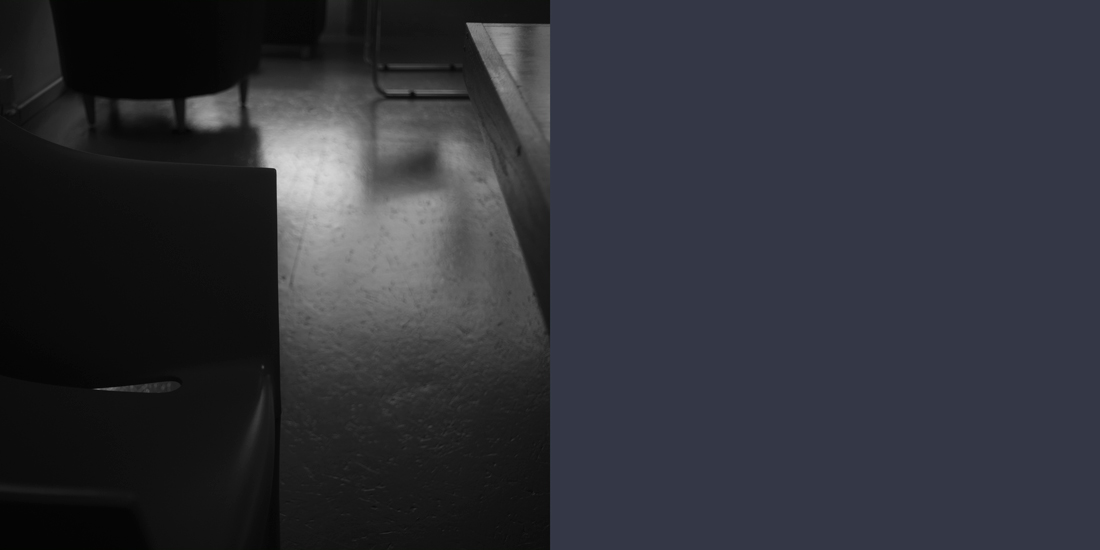 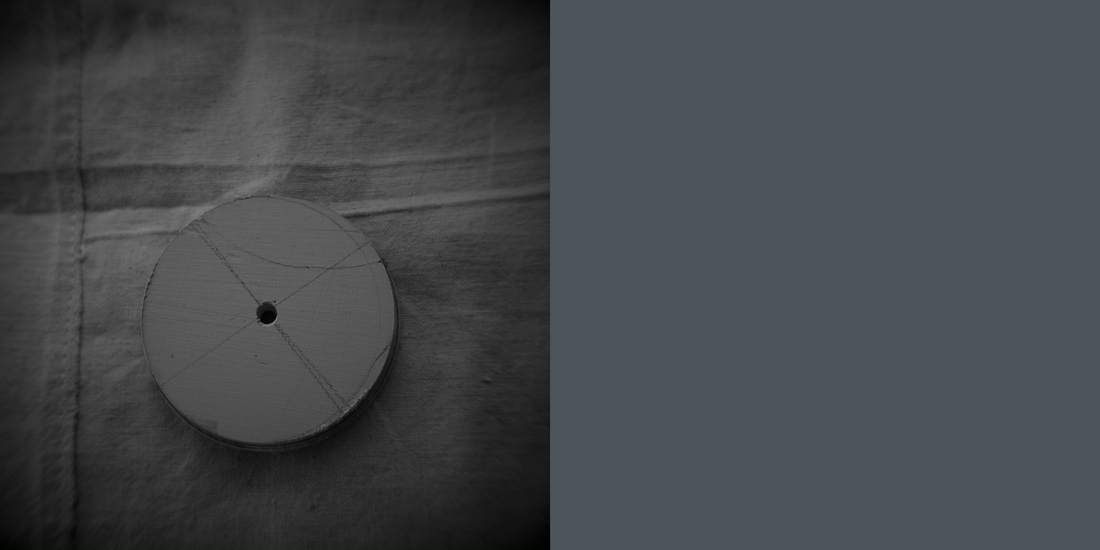 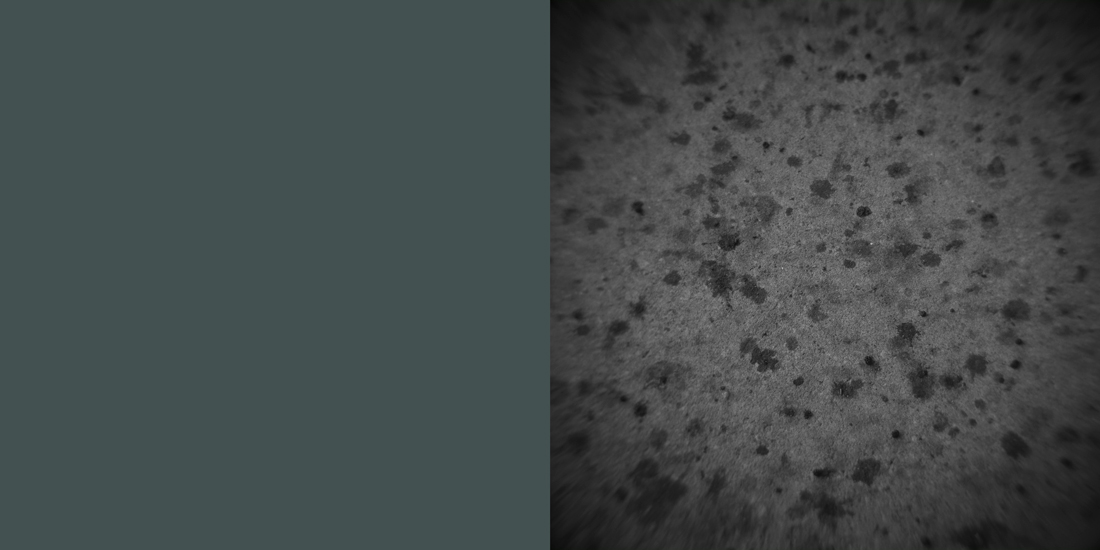 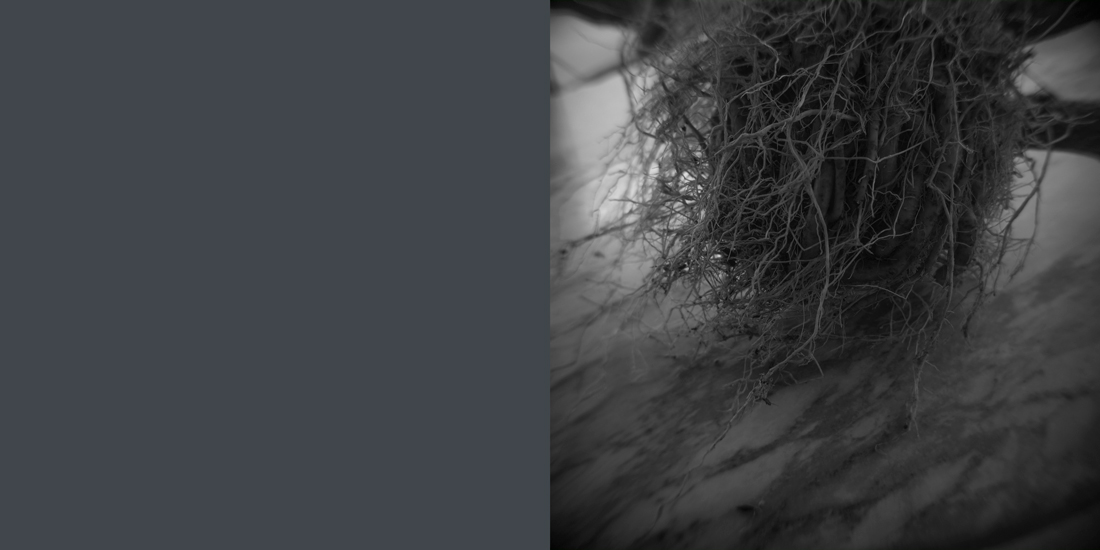 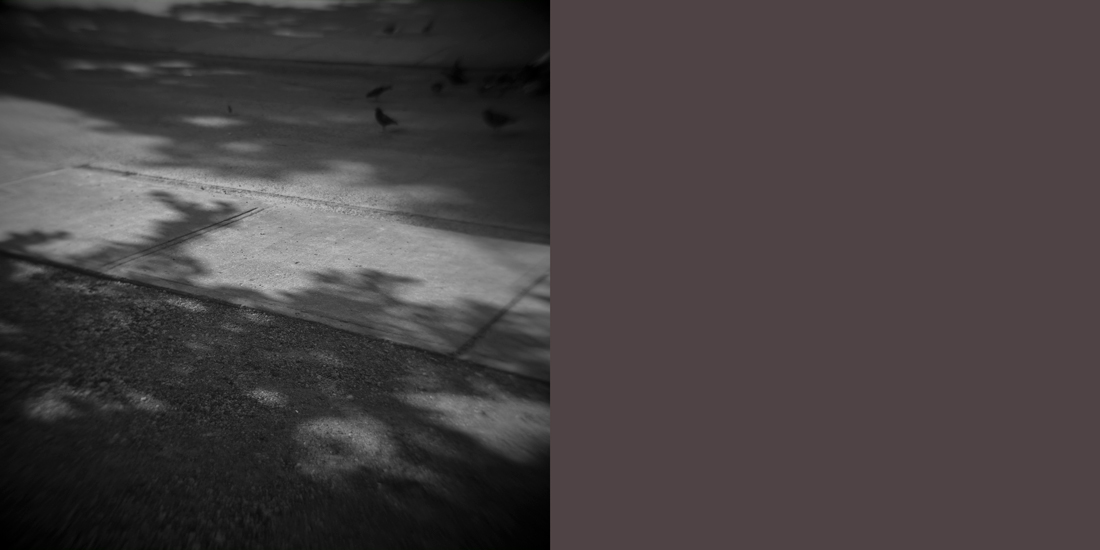 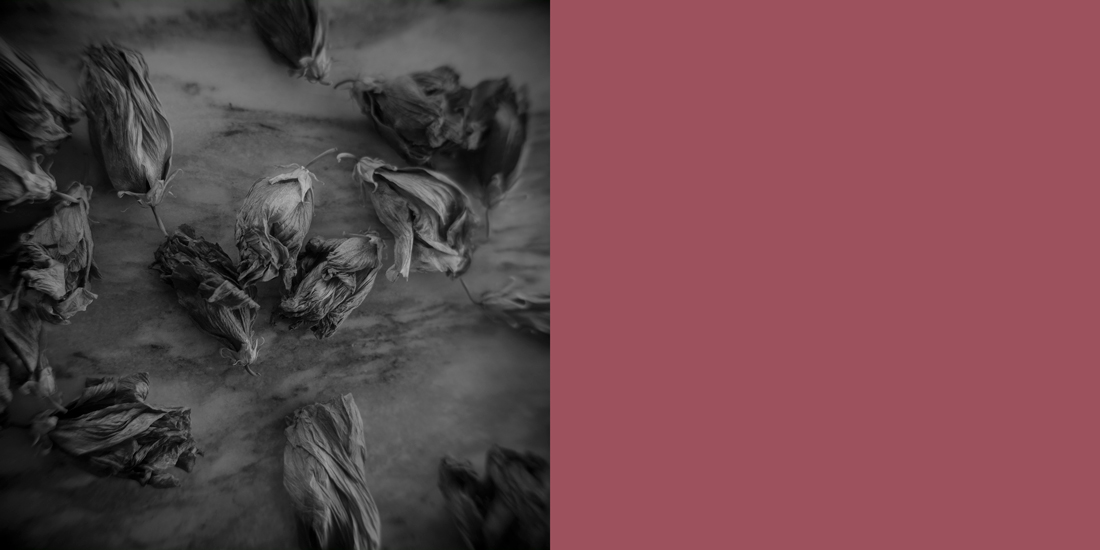 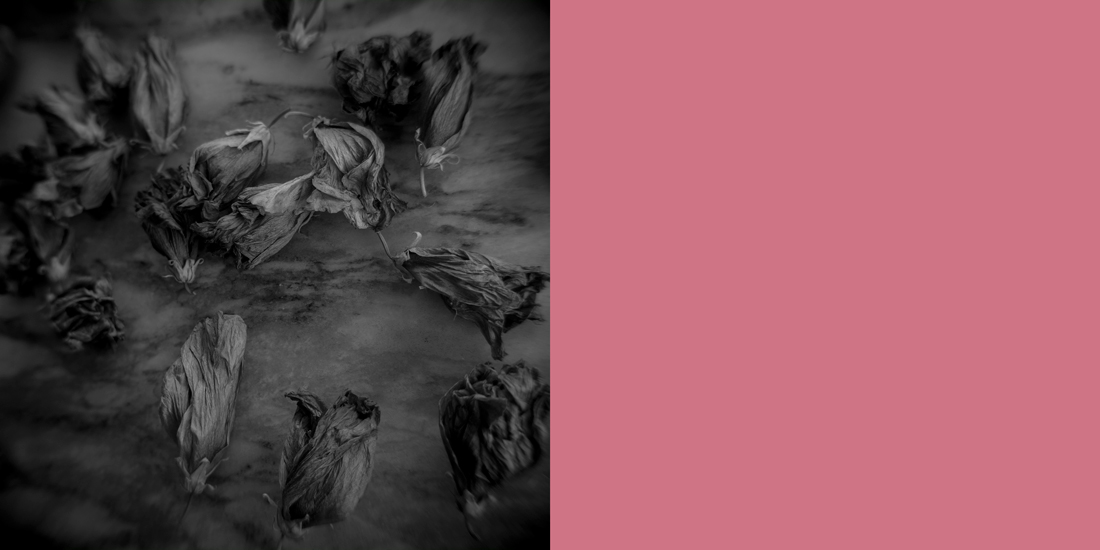 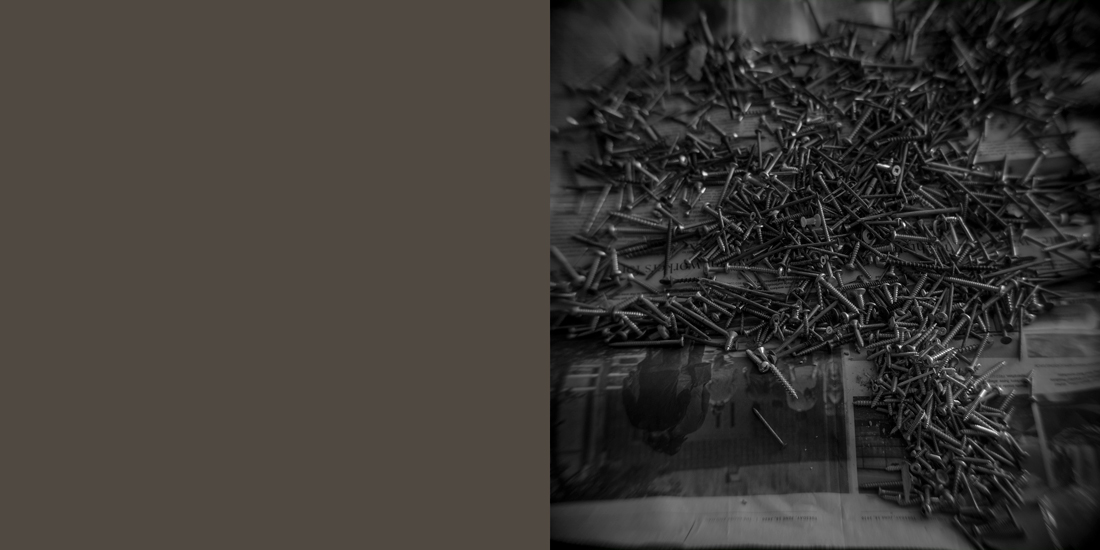 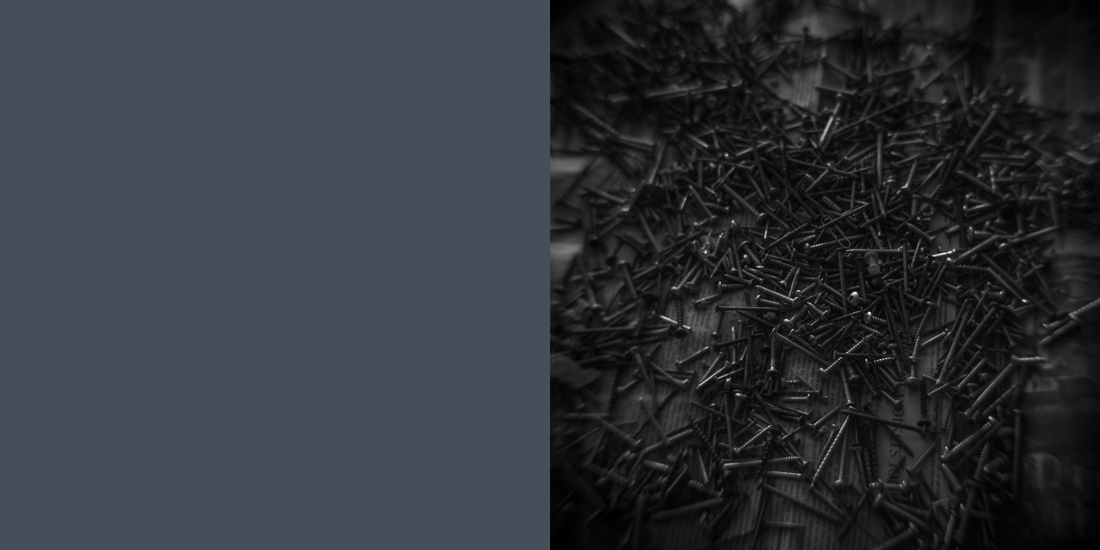 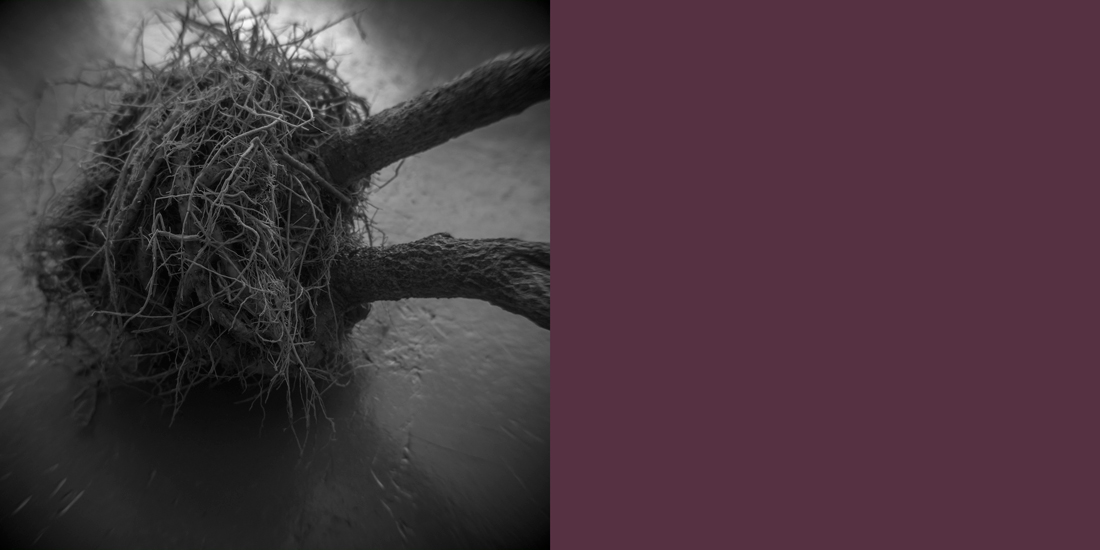 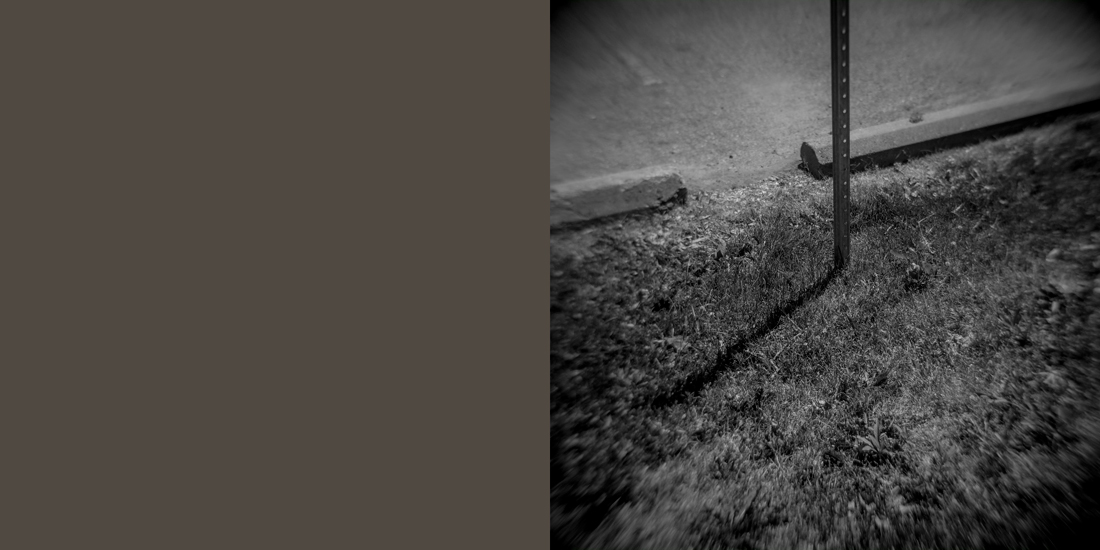 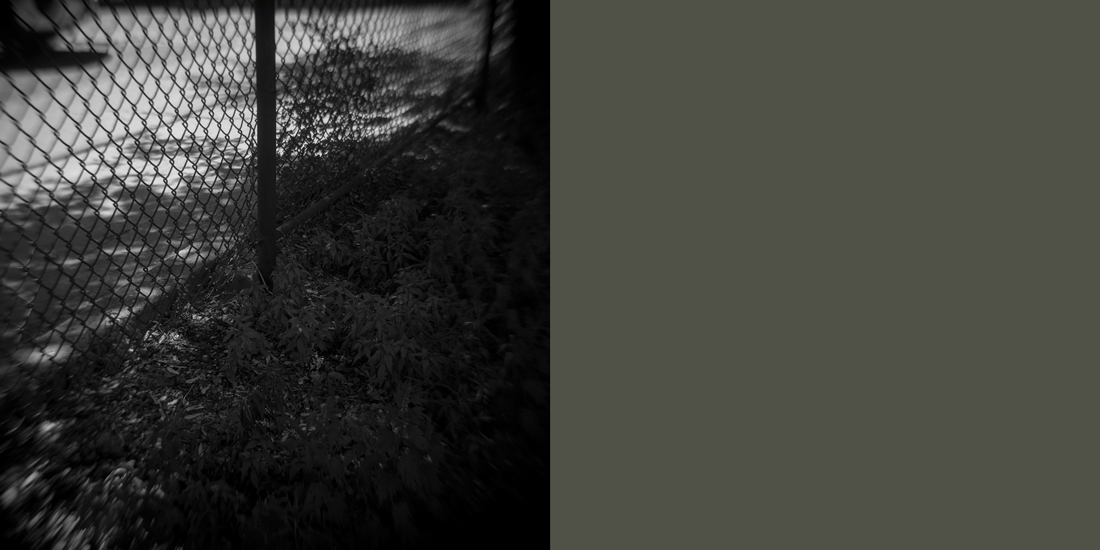 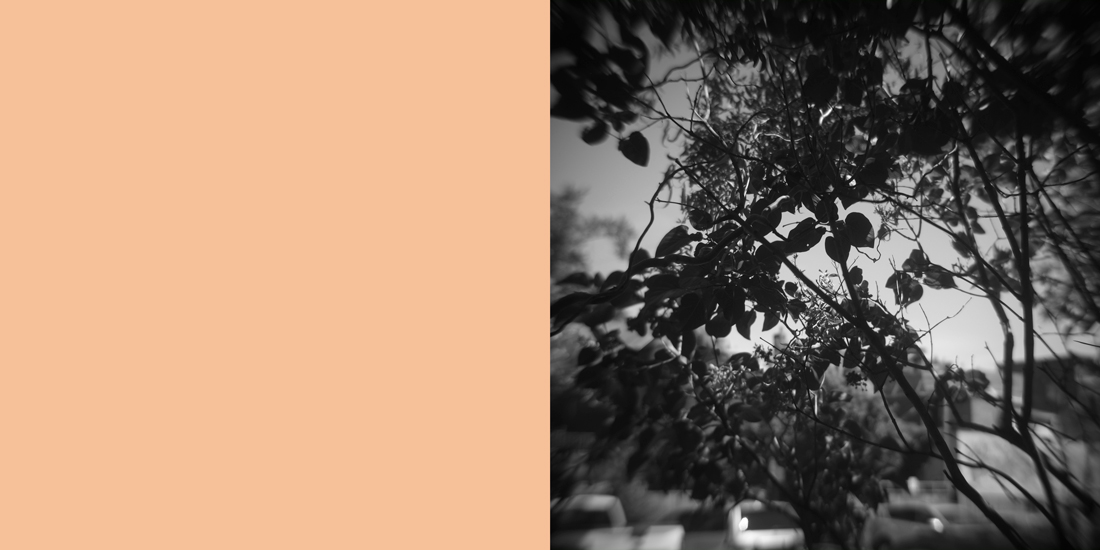 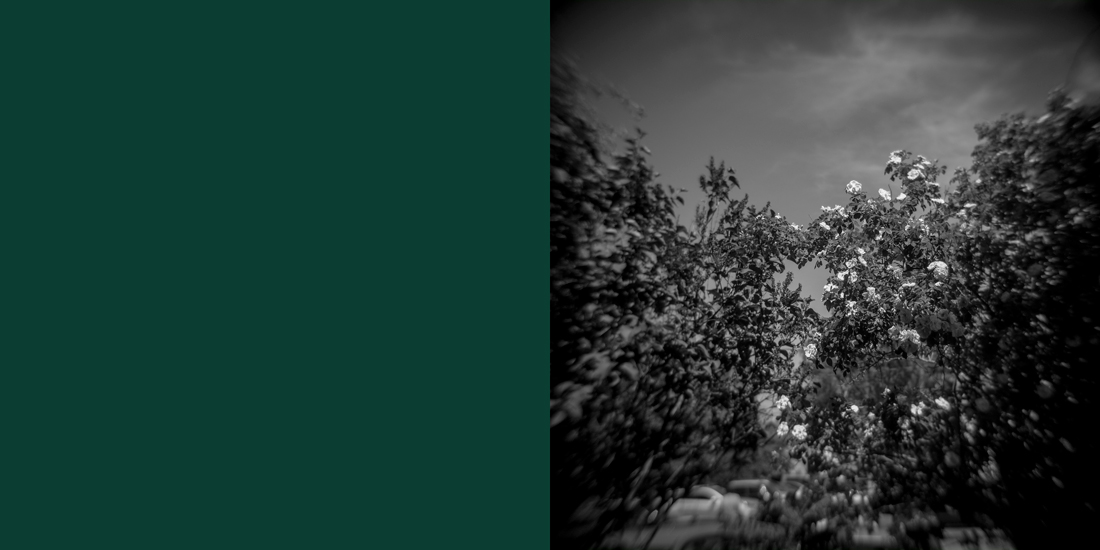 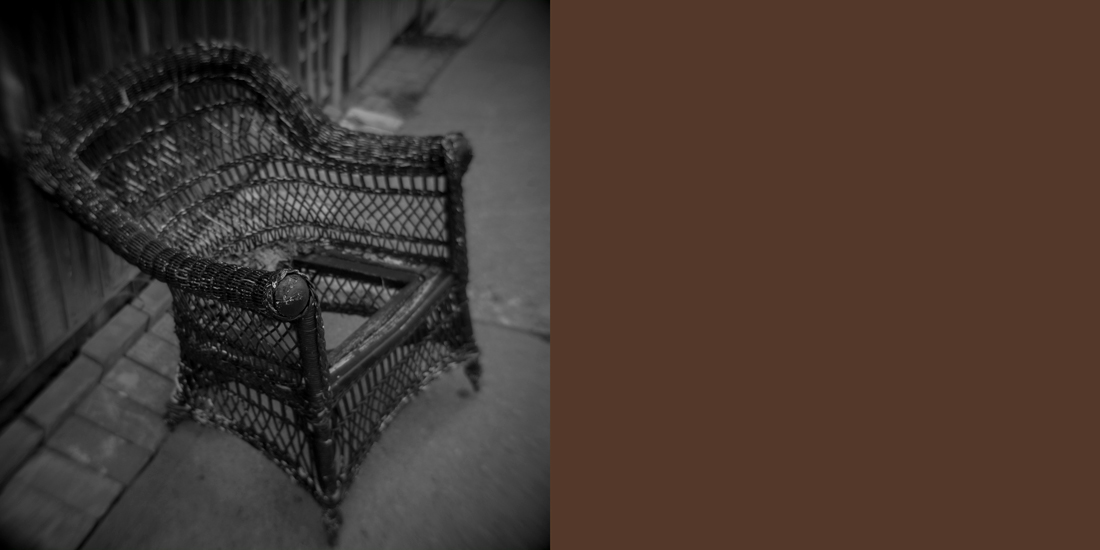 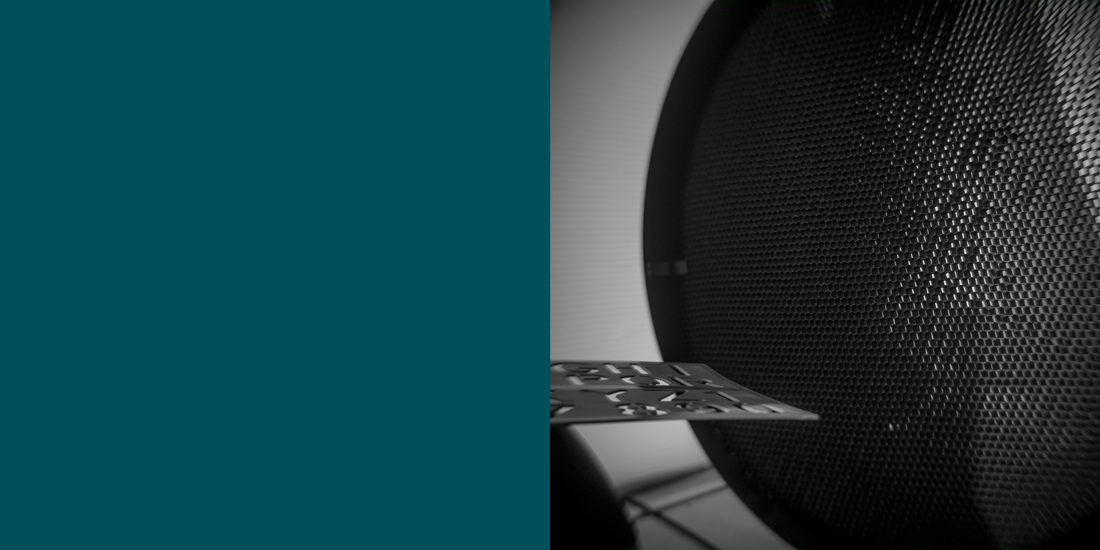 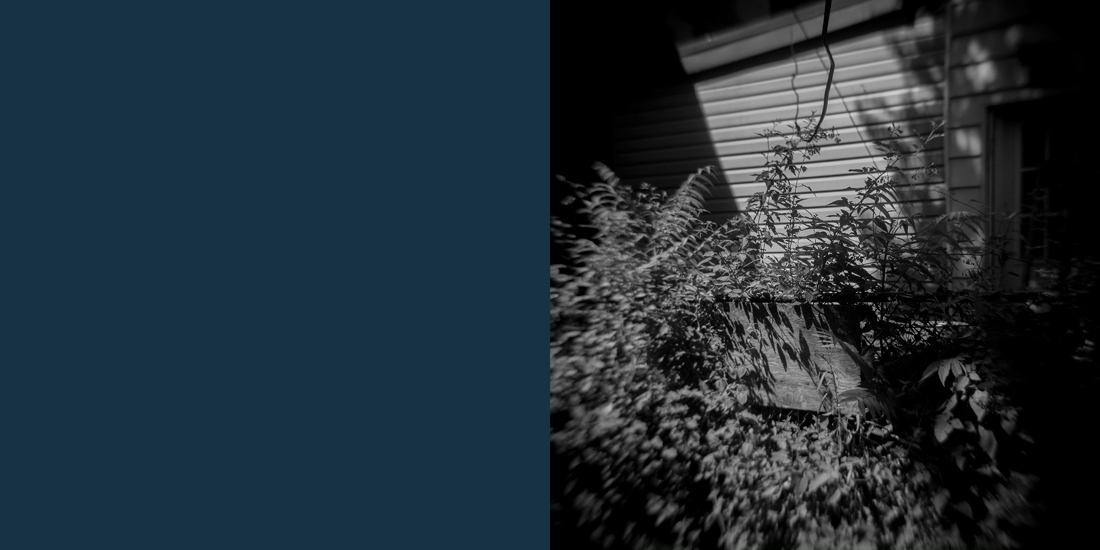 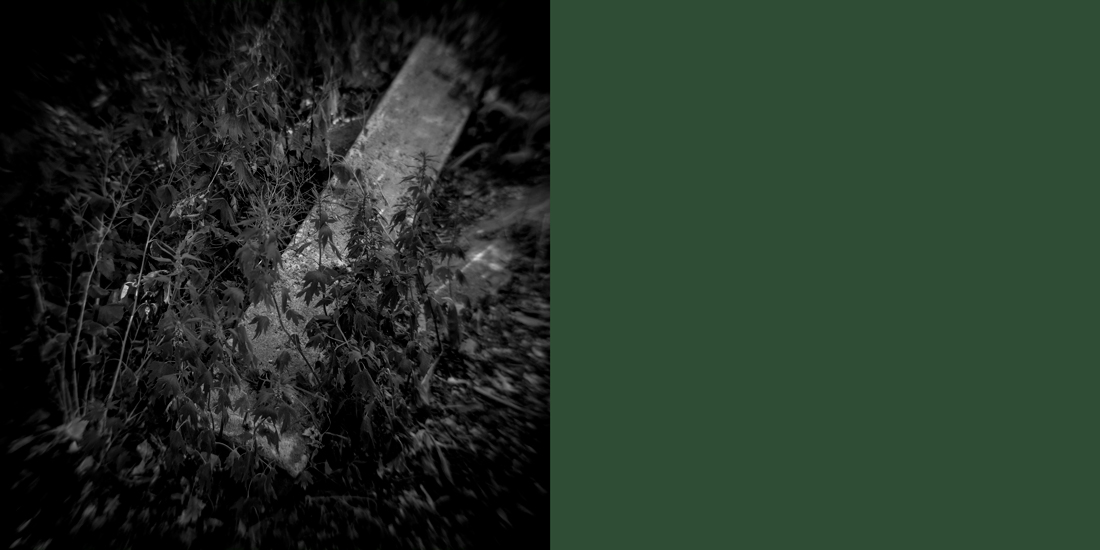 In the Journey issue of Dislocation magazine published in 1995, the contributor Kith Tsang wrote in the introductory page:

“The fun of scrapbook is there is no rule. A scrapbook allows a personal space of immediacy, multi-direction and redeployment of materials, through this space I stretch my senses. The scrapbook is one of my daily necessities. A little bit of interesting matter, a bit of thought and some viewpoints are jotted down without any rule to follow” 
As the other contributor, I presented a letter written to my daughter in 1991, from Dung Huang China:

“Si-Ling, Mom received the fax from you, ah Yee, ah fa and ah yin today. Feeling extremely happy, I write you this letter, in the hope of mailing you too this beautiful lily flower stamp.

With the improvement of transportation, I will be back in Hong Kong in one or two days, while this letter might have taken ten, or even twenty days to arrive.

In our trip, we have Zhen Zhen, a lovely lass of fourteen, who has travelled to many places especially inside China. Given a chance, Mom will definitely bring you. Mom August 20, 1991”.

These days, Si-Ling brings me. After moving and settling our livelihood in Canada, we’re able to enjoy the first “holiday trip”, traveling to Berlin in 2017. Why Berlin? There were many reasons, one of which was, a suddenly urge to gather long-lost memory dusts, those diminishing flavours of the past. I'd tried, but quite unsuccessfully, quickly attracted by and diverted from new layers of vibrant skins, the city I remember, though vaguely, has already changed.

Kith had made this middle-Eastern journey we dared not dream of in the 90s. He was discerning and did document it through sketching, drawing, collaging and pasting his trip in the scrapbook, almost everyday. I regret that I had not asked him about the trip, which must be full of discoveries and thrills, fears inevitably among lots of wonderful encountering. Looking at the few and only pictures from the magazine, I can’t help but want to know, did he travel to Abu Dhabi first, crossed the Red Sea to Egypt, where he saw the pyramids at Giza, then set sail across Mediterranean to Turkey, visiting Cappadocia, Bursa, and finally arriving at Istanbul? While recent memories still felt fresh, I have no trouble recalling our excitement on a trip in 2018. For the first time, Kai, Ka-sing and I were able to visit Istanbul, each carrying his bag of imagination, or expectation to tread this ancient city, the city that sits on two continents, and for two thousand years, served as capital for the Roman, Byzantine and Ottoman Empires. With Kai, who treats food as seriously as his art, we're able to enjoy the best Turkish food around town.

For me and Ka-sing, life in the nineties was productive, totally engaging and overtly occupied. I was away from Hong Kong a lot of times, writing postcards to Si-Ling wherever and whenever I could. This formed one of the three works I contributed to the Journey issue. My love for cats rooted from childhood - on a certain day, when a cream coat, blue eyes, charcoal ears, paws and tail Siamese cat strayed into our home. He never left. My cousin and I loved to play hide-and-seek with him, and made him walk beside us hundreds of times begging after the food dish we held on hand. Occasionally I saw him performing acrobat walk, from one corner window to another. Only now that I find out Siamese are great jumpers and love heights, and we should have prohibited him from doing that dangerous walk. Yes, he fell one day from his playing spot, from the height of eighteen floors. We cried and cried all night without relief. From then on I am attached to cats, and gave Si-Ling present items made out of cats: the Kitty Cucumber beanbag, cat-shirts, cat stickers, cat books, cat postcards, cat cushions, kitten stationery…I did not have another cat until 2008, a year and half after we moved into a three-storey house. In a way, Cat Postcards is a collage of Si-Ling’s drawings and some postcards I sent her from 1989 to 1994. Our paper feline friends had become facilitators through which we expressed our longings to see, hug and touch each other. Another piece of work called Berlin, were fragments from a trip produced during my stay in Berlin in the Winter of 1994. The protagonist of Berlin 1994 was a photograph I took in the same year, of the exhibition Résistance by Christian Boltanski. It was an intervention created for the south facade of the historically-burdened National Socialist building (1937), which is now re-named Haus Der Kunst in Berlin. These eyes I encountered, were members of the Rote Kapelle, 150 men and women who fought against the Nazi Regime, the majority of them arrested, sentenced to death or prison between 1942 and 1943. Superficially, I know Boltanski’s work as altars of mourning, contemplation of lives lived, lost and forgotten. Memorials. The shadow of Holocaust underpins the work throughout his oeuvre but it has reached further than that - with mortality being a case of point. By chance this photograph crossed path in my banal life, with some random notes I, or others dropped down during that frame of time, captured and reassembled to form a new narrative, heavy, light, sad, indifferent all at the same instance. Glad I made these pictures, but.

I begin to wonder, by looking back at these three manipulated, journalistic photographs, was I re-visiting the confusion, and fragmentation of my adult life? Why was I making them at all? Perhaps I wanted to recapitulate my experience in 1994, the year I waved medical treatment good-bye, the year, despite frail health, I took leave to a number of places, Berlin, New York, then Camden in Maine. Along I grew and put alfalfa in my sandwiches, added cheese cake and coffee in my menu, remained cautiously optimistic about a life that might be cut short. Obsessed with looking and photographing debris, in those abandoned, shattered pieces I found solace, ashes and remnants of many less traumatic, but still largely forgotten lives. I remembered Camden in rain, images turned into sound, ripples of rain drops resonated the silent spiral movement of an already rusted spring.