Before tonight's dinner, Mr. Bento did spend some sleepless nights sculpting the photo museum advisory board. He is a good amateur photographer. During his time in Hong Kong he worked as the chief sales executive for J. H. Trachsler, which was the local distributor for professional photographic equipment. Commercial activities in Hong Kong reached its early boom at the end of the seventies, and photography in this arena were mainly occupied by foreigners - people from Australia, UK and the States. At the same time it also created opportunities for the locally born, leaving gateway for the emergence of local commercial photographers. Business was flourishing and the Trachsler company sold top of the line view camera like Sinar, the legendary movie camera Bolex, Broncolor and Balcar - both prestigious strobes for studio, and professional photo tripods such as Manfrotto and Foba. This area is the commercial branch of photography, demanding the handsomest pay. Working in this field, Bento was familiar with photo technique as well as the professional photographic scene at that time. After moving to Toronto he still practices photography, and as time goes by, gets to know other Toronto photographers. There are a number of people mapping his mind that he thinks might form a good advisory board. For the practical side, Wandy is definitely in. Before immigrating to Canada she worked for many years as a magazine editor in Hong Kong, and now can surely help to handle administrative work with little, or no difficulties.

Bill is another one. He is actually a friend of both George and Bento. He used to work as a cinematographer in Hong Kong, now retired in Toronto and lives north of the city. Still active in his early eighties he practises Tai Chi, has a clear mind and loads of energy. Professional experience from his former career would help to shape a better vision of the museum. The Japanese friend Yoji Kobayashi was a practicing commercial photographer based in Toronto for 25 years. As the photography business began to dwindle in the late nineties, he turned to teach at a photography school. Now in his mid-seventies he is still very healthy and active, and has been helping to archive community activities of the Japanese Cultural Centre.

Then Michael Schmid, whom Bento met through a Toronto writer, is a Canadian photographer and teacher based in Ottawa. Dwelling deep in philosophical thinking on contemporary visual culture, no other person than he more qualified to provide different perspectives to help steer the photo collection. As for George himself, he's a videographer. During his many visits to Korea he acquainted a Korean curator Kim Chul-Soon. By inviting Kim to sit on the advisory board, there will be better coverage of contemporary Asian photography. Bento also suggests Hilly. He knew her in Hong Kong when she worked as a professional photographer many years ago. The only problem is, Bento heard from another friend recently that Hilly is now roaming somewhere in India, joining Salopek in part of his epic 21,000 miles journey, retracing steps of our ancestors' global migration on foot. Finding her might post a challenge. In any case Bento would give it a try through friends.

With the name list for the advisory board roughly formed, the second step is to get approval from each person, and should all agree to do it, call for a meeting to orientate. Since some of the members are physically absent in Toronto, they can only call up a meeting by video conferencing. 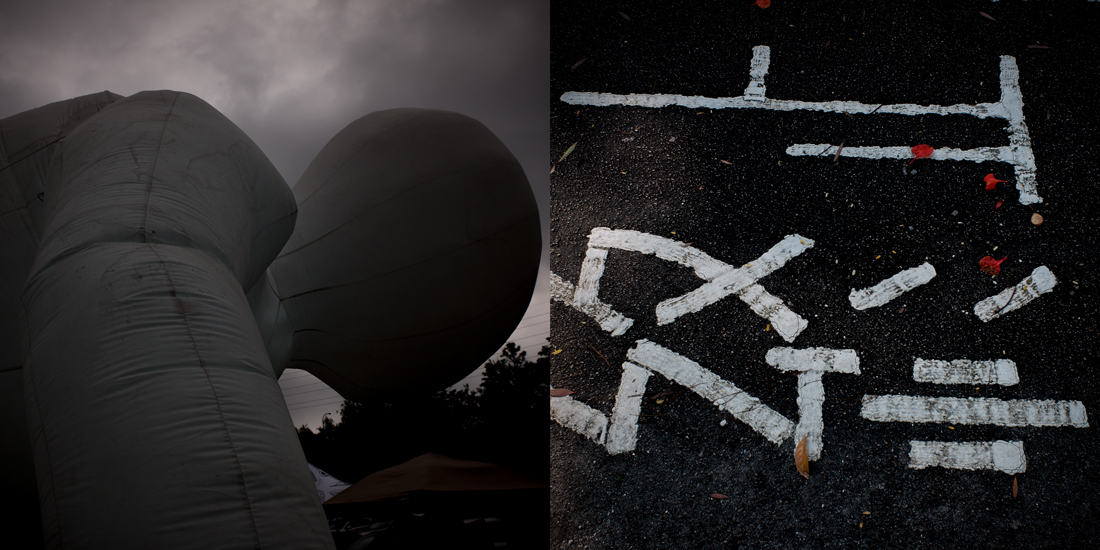 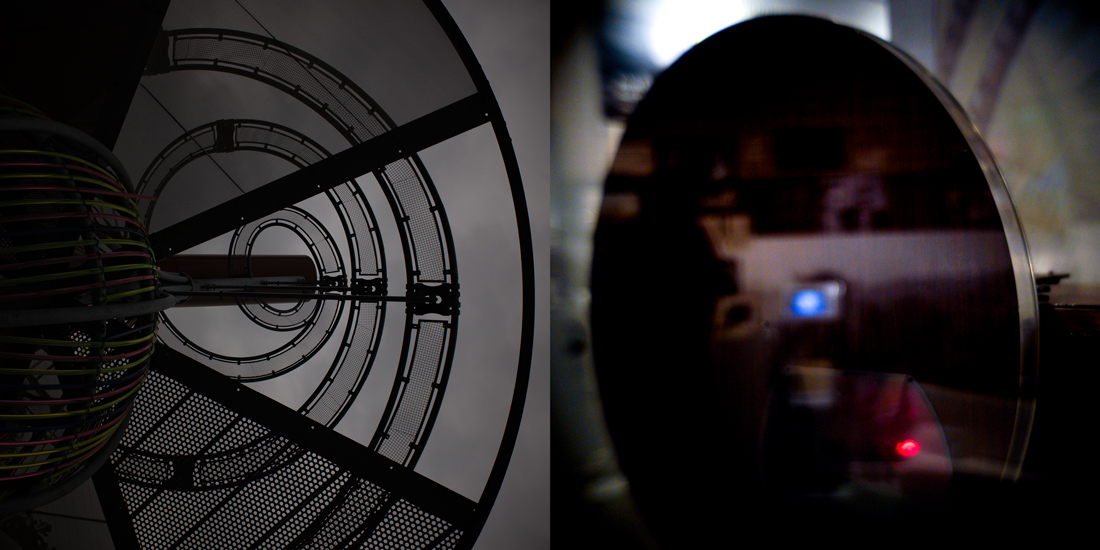 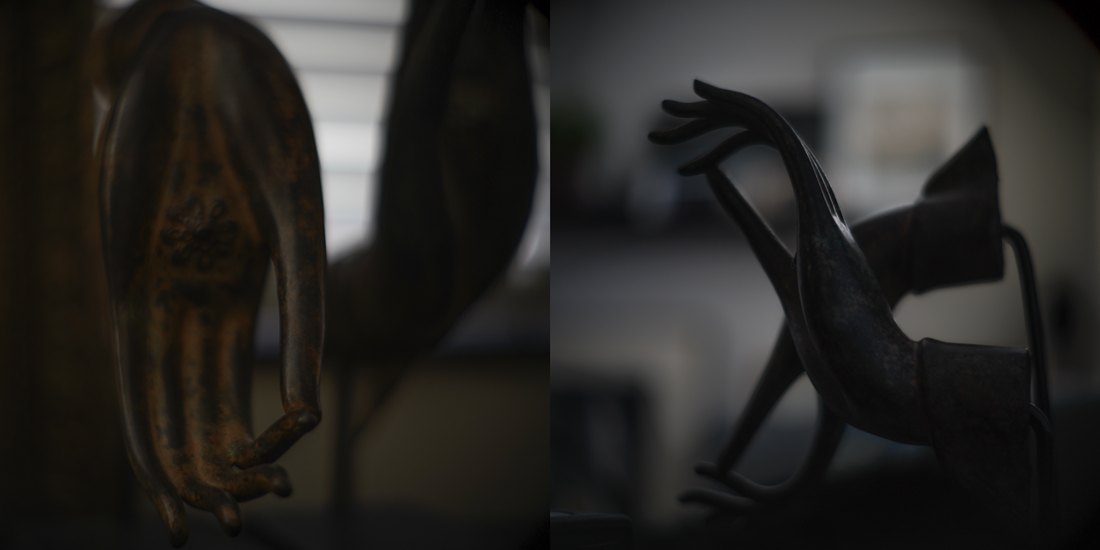 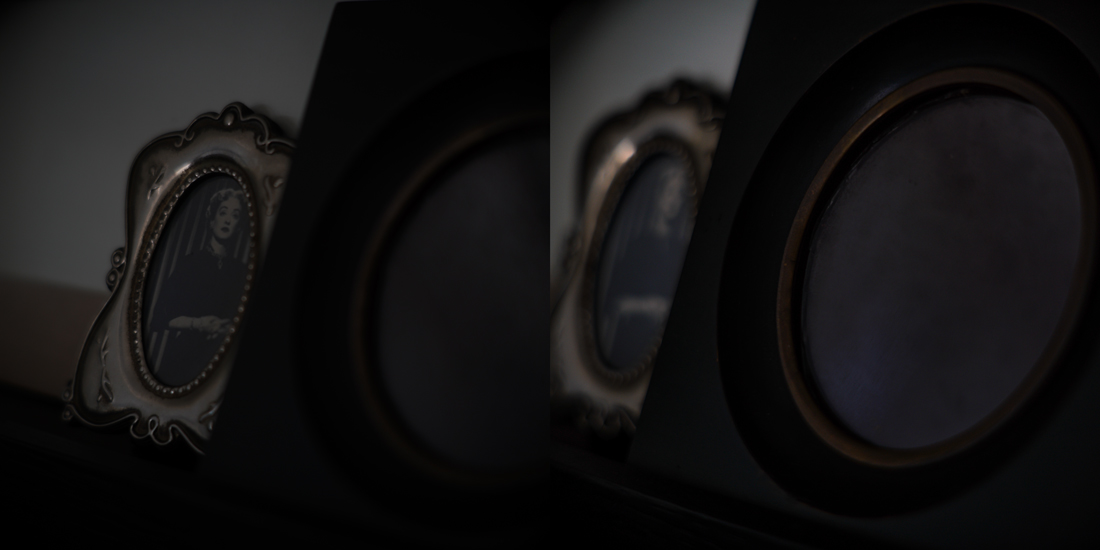 
Forget Me Not (after Ronnie Burkett)
A poem by Holly Lee

Ronnie Burkett I see your soul
Whispering high and low

You asked me to follow
The pilgrimage to marvel

Every one is your altered ego
Hand-carved with your bow

There's never been an off-stage
Love letters in wreckage A love self-portrait of Ka-sing and Holly. Hand puppets by Ronnie Burkett, arms length. Puppets brought alive by one right hand from Ka-sing and one from Holly, whose clumsy left hand took the photo at lofty Joey and Toby Tanenbaum Opera Centre on June 18, 2019. It was still bright when we came out from the emergency exit of the theatre, where Ronnie escaped in a Taxi. A cool nine o' clock night. We thank Ronnie for his generosity, and this unexpected up close and personal experience. Back to DOUBLE DOUBLE (published on Fridays)