It is not overrated to say that Ginger is the 'better handyman' in the building. After all, the two other contestants, Mr. Bento and Mrs. Bento are deficient in several ways. Mr. Bento has very bad eyesight, and Mrs. Bento has an injured left arm. There are times they still have to call in a plumber, a technician or serviceman to help fixing the bathroom basin, the laundry machines or the dishwasher, but most of the time, after Mr. Bento and Ginger's careful diagnosis, they will try to fix minor problems themselves. Ginger's self-learning instinct is remarkable. She learns how to fix and install many things from the Internet, for example, the bathroom ventilator, the video doorbell, and quite soon - the leaking kitchen sink. She loathes to be the 'repairman', but after several instances when they recruited professional helps, and turned out paying for some lousy jobs done, they've lost confidence in most of the so called house maintenance 'professionals'.

The real domestic hand Mrs. Bento dwells on small things, things that aren't significant to Ginger at all. She would go to great length to find warm beds for Cigar in the Winter months. Once she bought a cave bed, but it was too small and had a smell Cigar didn't like. Then she discovered a huge donut shape bed, rimmed by faux dark-brown fur, and thought it was the perfect bed for the cold sitting/dinning room where the cat usually sleeps. But Cigar hates it, and still thinks of it as another rival animal. She has thought of getting a plush pet cave bed for Cigar, who likes to burrow deep into the blanket when sleeping, but Ginger stopped her at once and reminded her of the rejected cave bed she bought sometime ago. Last Winter was brutal, Mrs. Bento mail-ordered a thermal blanket from Amazon to keep her feet warm. The idea of getting a self warming thermal bed or, as advertised 'thermo snuggly sleeper' for Cigar has never left her mind.

Ginger is an angel of thrift. She knows how to live wonderfully by spending light and right. She considers buying cat toys a waste of money and prefers to make small playthings for her cat. Cigar, like all cats, loves newspaper and boxes. Ginger would crush some wrapping paper together to make a crumpled paper ball, throw it to the already excited, athletic Cigar to catch. Ginger would make imaginary castles, safe houses and Cigar would jump from box to box, from purple Cadbury to bright orange Twizzlers, from Kerr's Halloween house to M&M's Mars abode. Ginger would then follow him with the iPhone, taking videos or pictures, playing now you see me now you don't like with a little brother she never has.

At the end of the day, Ginger gives herself a good massage from the neck-back-shoulder massager borrowed from Mrs. Bento. Cigar gets a good neck back massage from Mr. Bento. All are happy. I began the photo project PictureWords in 2014 with the idea of building a carousel of vocabulary in images for the written words (here I mean Kanji, the Chinese character). Inspired by Chinese classical poetry, I started my first photograph in PictureWords with the first sentence of a poem by Li Bai (李白 701-762 AD), one of the most celebrated poets in China. His work has been admired world-wide and translated into many languages.

The poem is Quiet Night Thoughts 靜夜思. I used (and pictured) the first verse “床前明月光 Abed, I see a silver light”. In doing the project, I attempt to work on the words that pick up rudimentary elements, with pictograms and/or phonetic sounds. I am always curious to learn how pictures, language and its coherent meaning work and interact as a form of communication. The individual experience of the viewers is also another interesting point of entry into the work.

There are many versions of English translation of this poem, below are two - one is my favourite version translated by Xu Hanchong. The other version is by Ezra Pound.


A Tranquil Night (Jing Ye Si)
Abed, I see a silver light
I wonder if it's frost aground
Looking up, I find the moon bright
Bowing, in homsickness I'm drowned
(Tr. by Xu Hanchong, Chinese)

Calm Night Thought
The moon light is on the floor luminous
I thought it was frost, it was so white
Holding up head I look at mountian moon
lowering head think of old home
(Tr. by Ezra Pound)

PictureWords prints are archival pigment prints, 17x22 inch and in the edition of five. 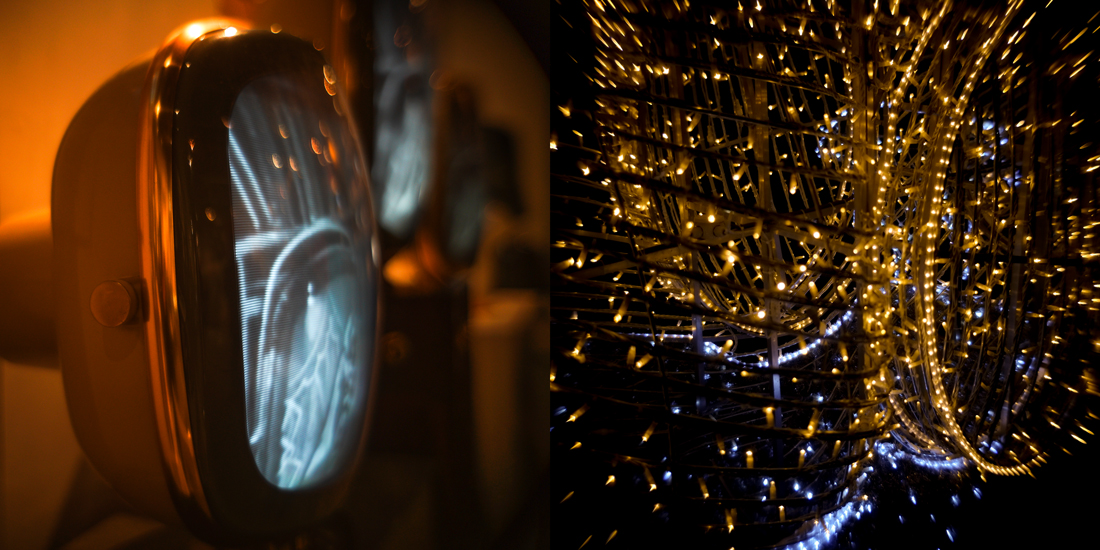 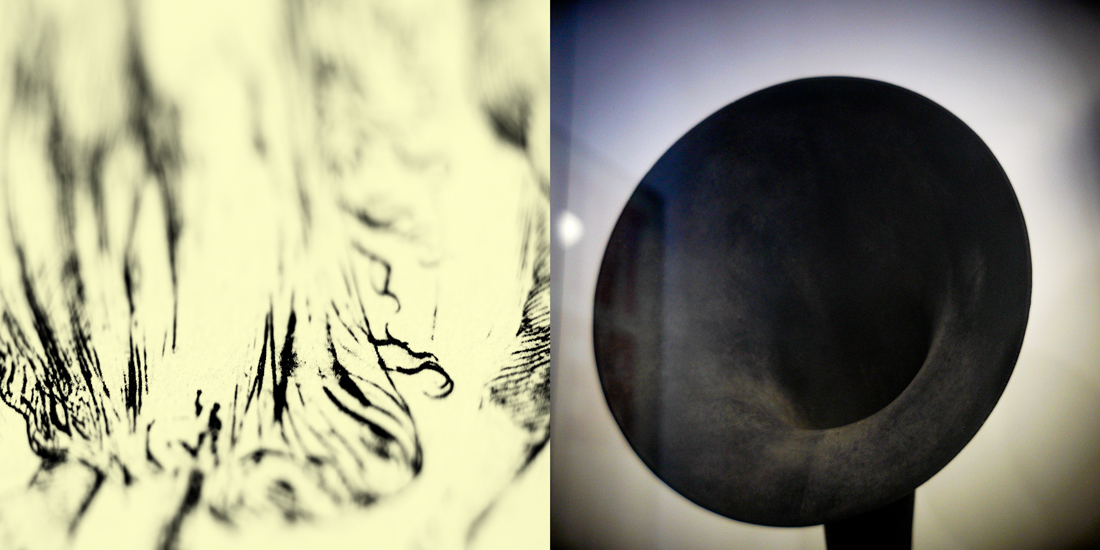 Song comes from a circular device