As if it was some magical encounter, while turning the pages in the 2010 diary, Mrs. Bento discovered the mentioning of volcanic eruption at Eyjafjallajökull, located in the south coast in Iceland. From 14th to 20th of April that year, ash from the volcanic eruption covered large areas of Northern Europe. About twenty countries closed their airspace to commercial jet traffic and it affected approximately ten million travellers.

In the diary, it was written, "A friend of a friend Ulrike just left yesterday for New York to try her luck in catching the first plane back to Amsterdam. She was here earlier for the 62nd Annual Meeting of the American Academy of Neurology and was supposed to have left a few days ago. She didn't know she would be stuck for four more days in Toronto due to Iceland's volcanic eruption. Before she left she jokingly said that she would have an extraordinary memory of Toronto, not just because of the flight delay, but to a piece of art she bought from our gallery a week ago. The artwork was an etching of two phoenixes, flying. Now, because of the volcanic activities, it can easily be depicted as "phoenixes rising". In a way it seemed to have predicted the enormous volcanic ash disruption over a large part of air travel in Europe.

I know that Phoenix is referred to the mythical bird Feng Huang in China, but when I check further, Simurgh (Phoenix) originates in Persian mythology, is also equivalent to Firebird in Russia, Bennu in Egypt, Adarna in the Philippines and Garuda in India. And who would have thought the spirit of this legendary bird could climb into someone's tea drinking experience. I discovered the poem Jasmine Pearls by Lyn-Purcell and just had a good seep. To keep the focus of reading the part of the phoenix, I took out a large part of the long six-parts poem, and reassembled it into a shorter piece. I do like the whole poem Lyn-Purcell, and hope you don't mind."

Continuing to another page, Mrs. Bento found a dried ginkgo leaf embedded between the pages. This was a lovely find. The delicate veins of the leaf radiated in its fan-shaped direction. Contrary to the natural beauty of the ginkgo leaf, the shortened poem was roughly cut and glued back onto the book, which looked like some early twentieth century 'Avant-Garde' collage art.

"A single fuchsia lotus
opens slowly into full bloom and
with it, the golden essence -
ethereal, a star that throbs like
a heaven's dream, and it appears -
the phoenix.

Its plumage a brilliant shade of
red-gold, and wings and long tail
beset by iridescent streaks and jewels.
Slim-legged, clawed feet of a deep azure
and eyes, such a blight blue-green.
Looking to the sky, it releases such
a melodious cry and a star falls
a throbbing silver-white.

With a peck of its beak, the Moon
cracks once more and my nose is
besieged by leaf pellets scented o'er
and o'er with fresh jasmine blossoms.
I notice that the light of the Phoenix
begins to fade
As our eyes meet, it cries once more, a
sweet and happy cry born of Elysia,
before it fades away in gust of wind."

This was one odd poem, Mrs. Bento thought. A Phoenix emerged from brewing tea? But after a few months, a relative from Hong Kong came to visit and brought her a present. She insisted Mrs. Bento to unwrap the lavish packaging and use it at once. Mrs. Bento did as she was told. She unwrapped the gift carefully and found a pink canister, on which printed a crisp picture of flowering teas.

"Flowering tea balls," her relative said, "bloom before your eyes! Just put one in a glass teapot, cover with boiling water (around 4 inches) for about 5 to 10 minutes. Let's have a cup!"

Mrs. Bento didn't have a durable glass teapot, instead she used a coffee decanter. She dropped one tea blossom into the pot with boiling water and watched it steep, with eyes wide open - a few minutes went by and the tea ball began to unfurl, and the tea flower slowly opened. As if in a dream, she saw, in plumage of red and gold, wings and a long tail, slim-legged, clawed feet and blue-green eyes, a phoenix arise. Looking up to the sky, releasing from its throat, a long, melodious cry.

To read the full length "Sushi Grass in Paradise", please use this link

Lee Ka-sing
三月十日早餐桌上和也斯說起再見摩爾匆忙趕往送別回程晤朱銘懷念太極
(March 10 at the breakfast table with Yasi talking about and rushing to bid farewell to Moore seeing Zhu Ming on the way back his Taichi is greatly missed.) This work was originally created for QUI YING SHI KAN (秋螢詩刊 QUI YING Poetry Zine) (Issue 28, April 1986), a special issue on Leung Ping-kwan’s poems. Seven visual artists were invited to dialogue with one of PK's poems. I worked on his “A Bronze Pair”. I wrote a long title to go with my photograph, which was a diary like documentation of the story behind this photo-collage work.

Ping-kwan’s “A Bronze Pair” was later included in “CITY AT THE END OF TIME” (published by Twilight Books, 1992) a bilingual volume of his poetry work, with a translation by Gordon T. Osing. In 十人詩選 (A Collection of Poems by Ten - 李國威，葉輝，阿藍，馬若，李家昇，黃楚喬，禾迪，吳煦斌，關夢南，梁秉鈞 published by 青文 YOUTH LITERARY, 1998), I put this long TITLE - “三月十日早餐桌上和也斯說起再見摩爾匆忙趕往送別回程晤朱銘懷念太極” being as one of my poems, and added with a new title -  在秋螢詩刊發表一張照片的題目 (The Title for a Photograph that Published in QUI YING SHI KAN). About the transformation of this work, recently I issued an edition of BIBLIOTHEKA Print, in the format of 8.5x22 inches. The print includes the original collage as well as the long TITLE as a poem and in large type. Somehow, this one could be classified as a new work, even though both the image and texts were actually created in 1986.

Selection from a suite of vintage photographs, OWLTOISE by Holly Lee
16x20 inches gelatin silver prints in portfolio case (work year 1985). This set of photographs (20 counts) was originally created for an exhibition Si-Ling and Owltoise Series (1985), held in Photo Center in Hong Kong. 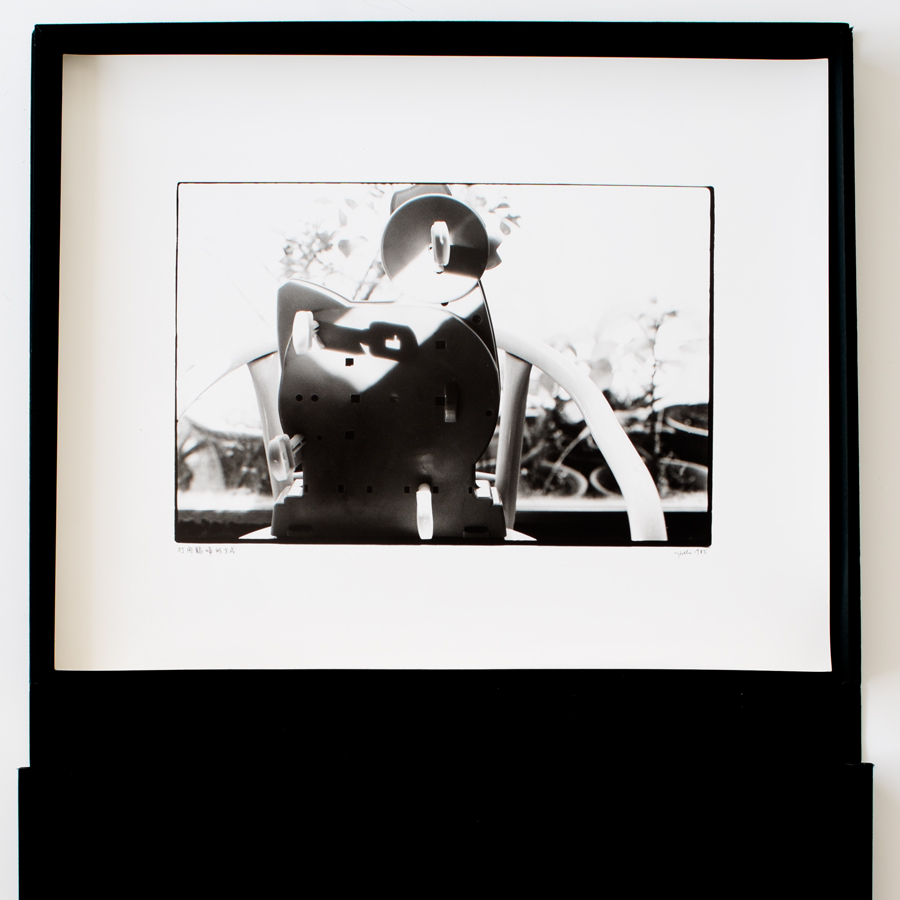 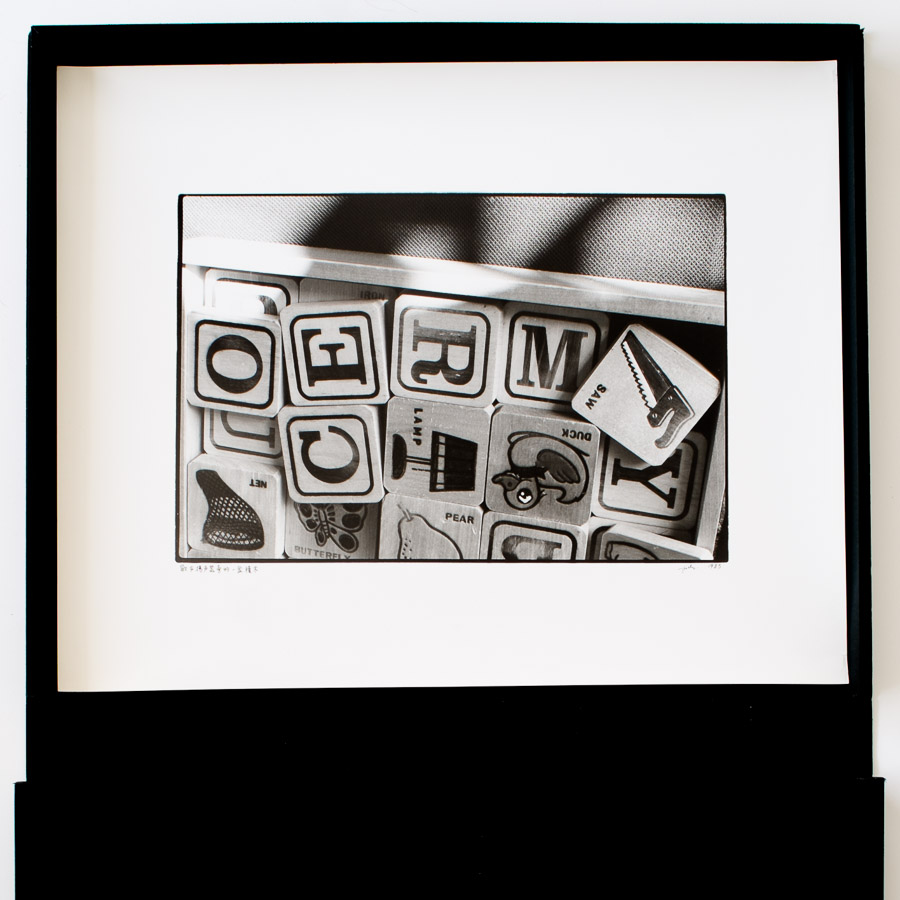 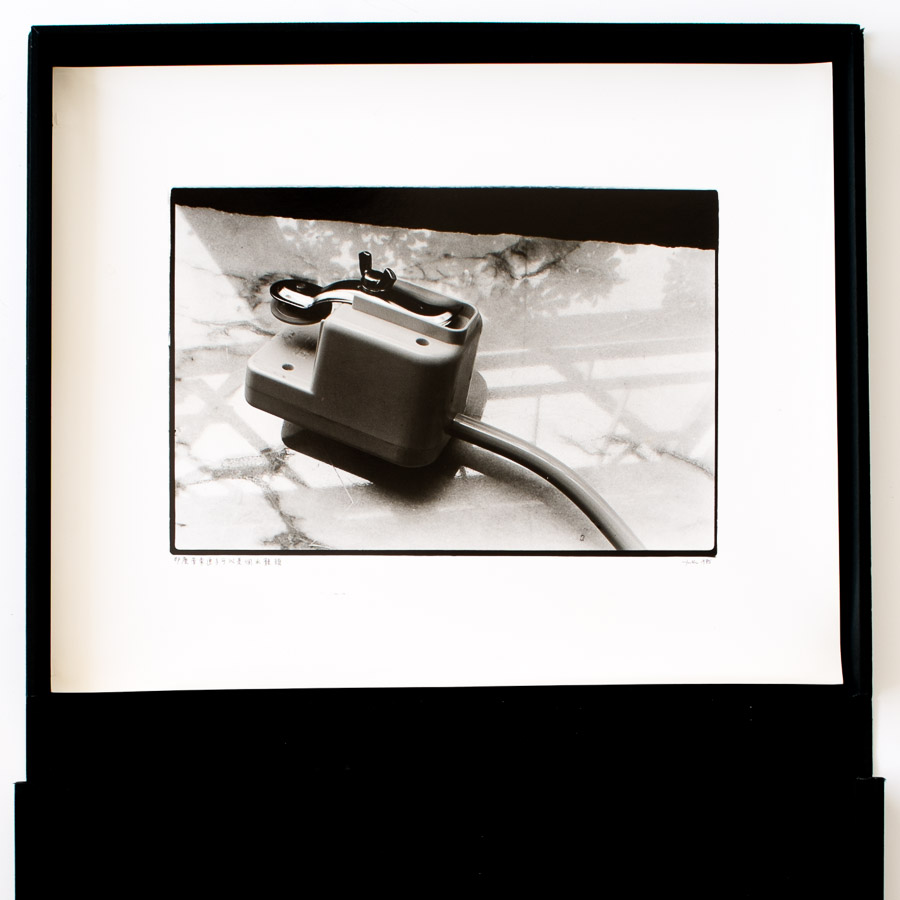 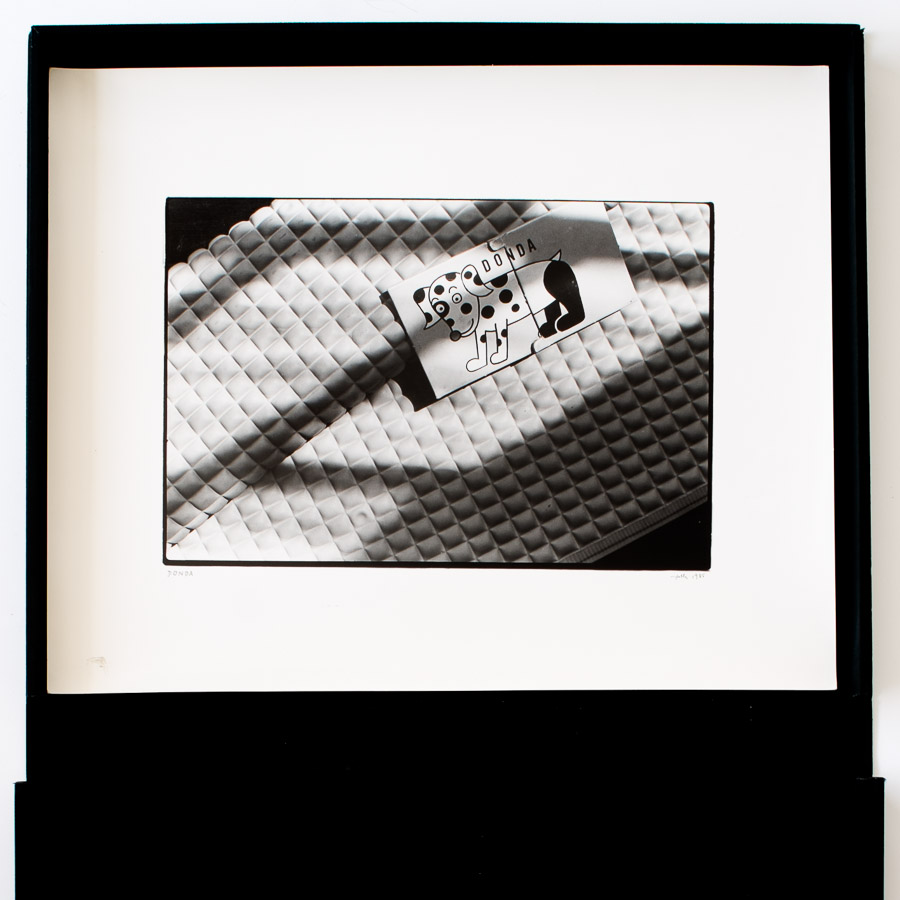 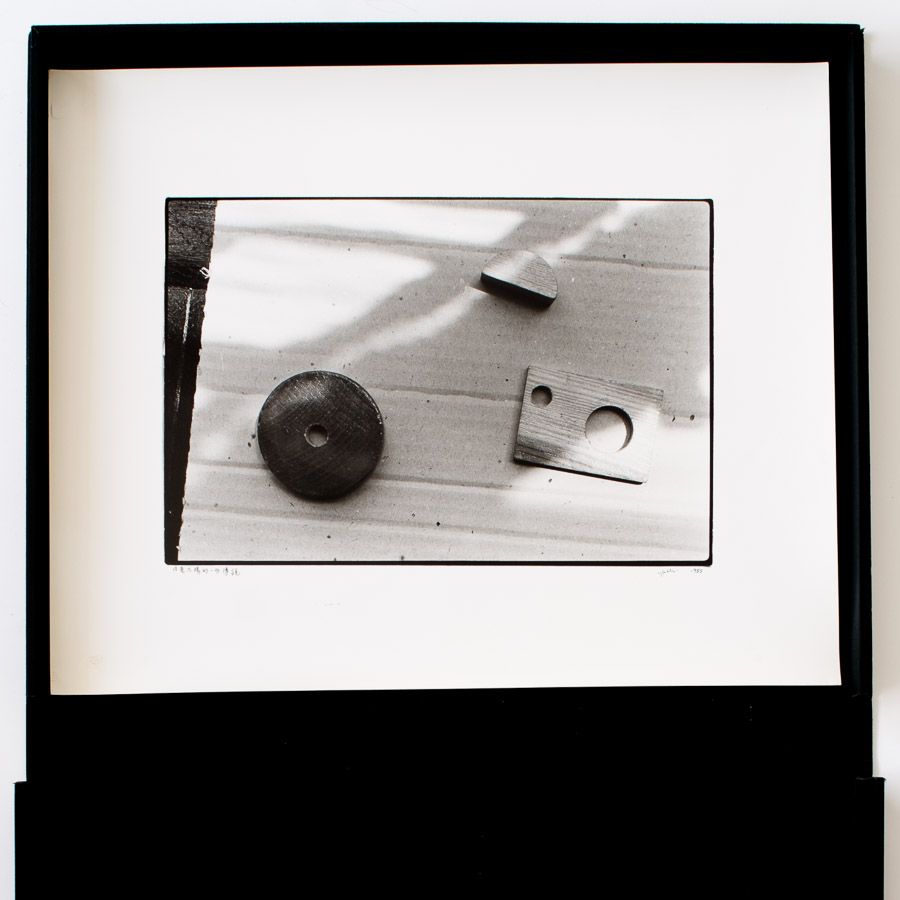 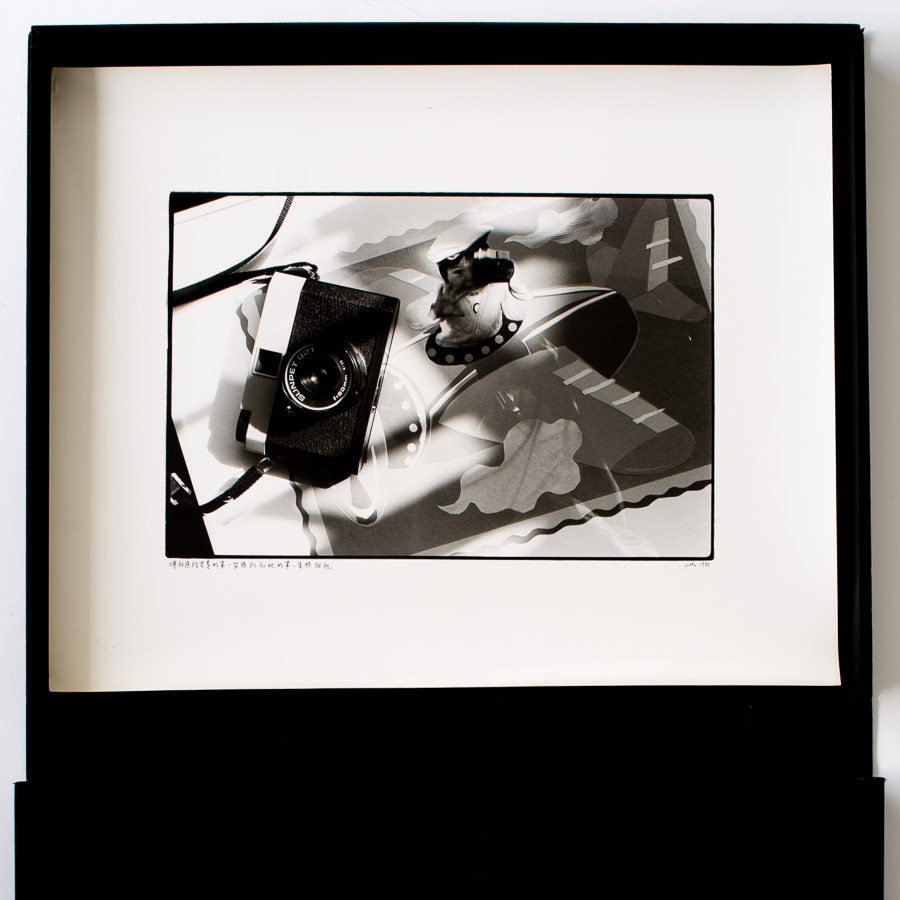 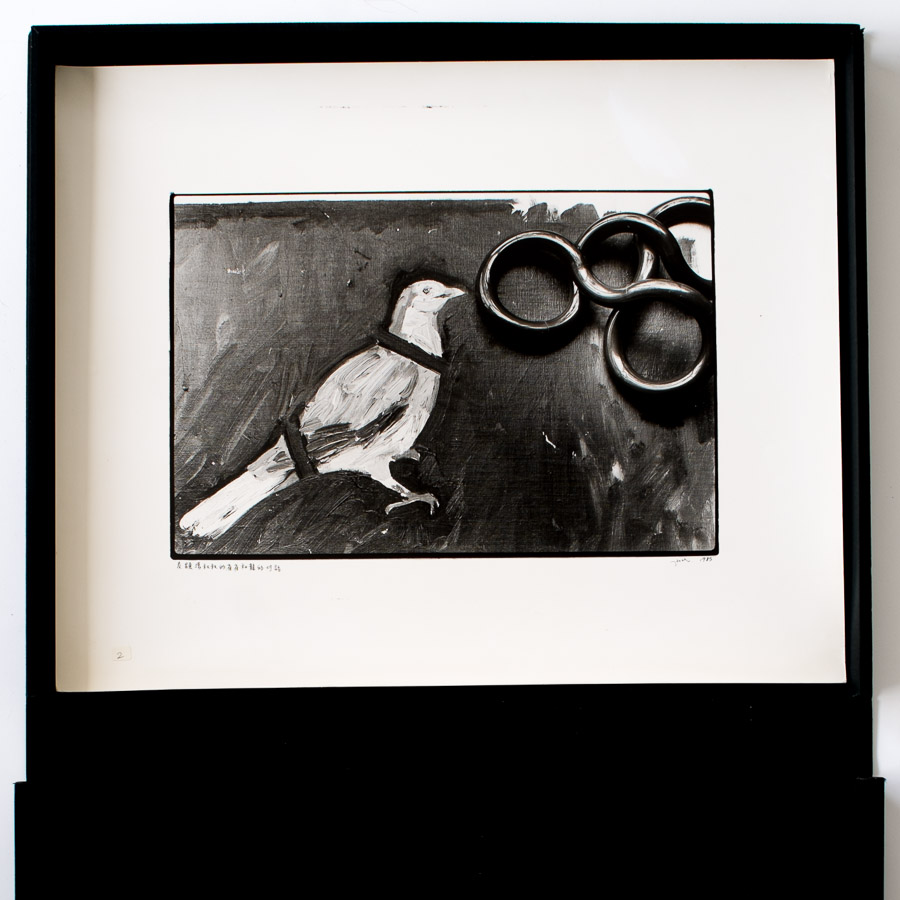 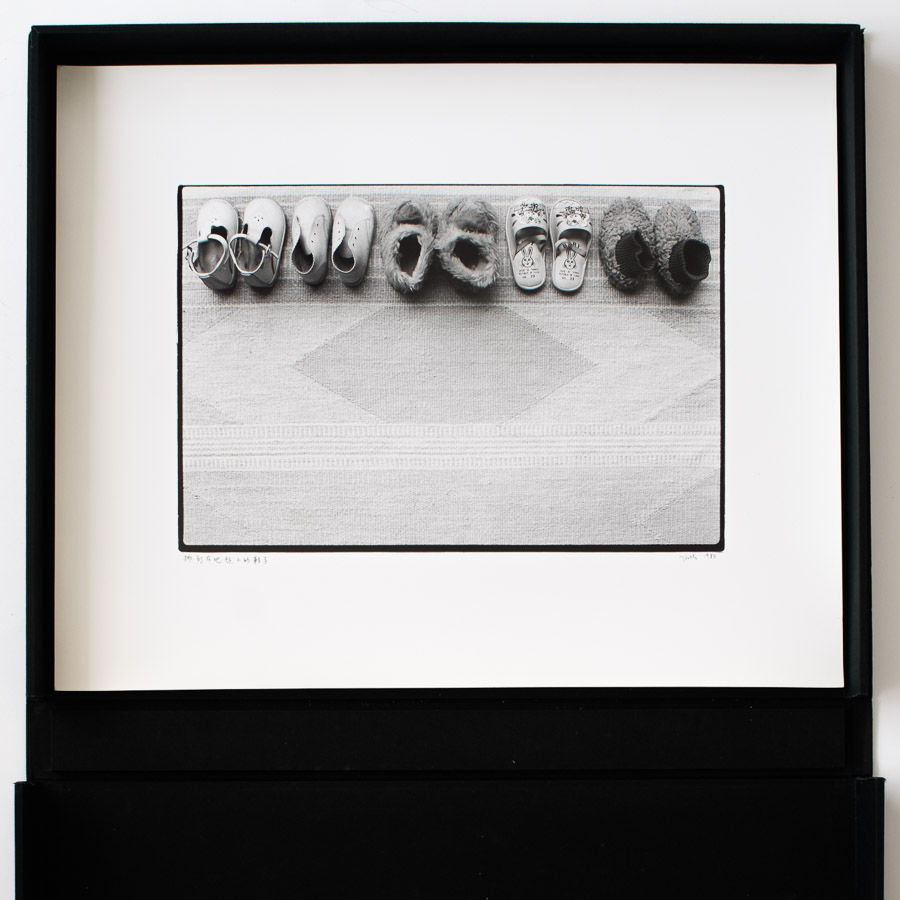 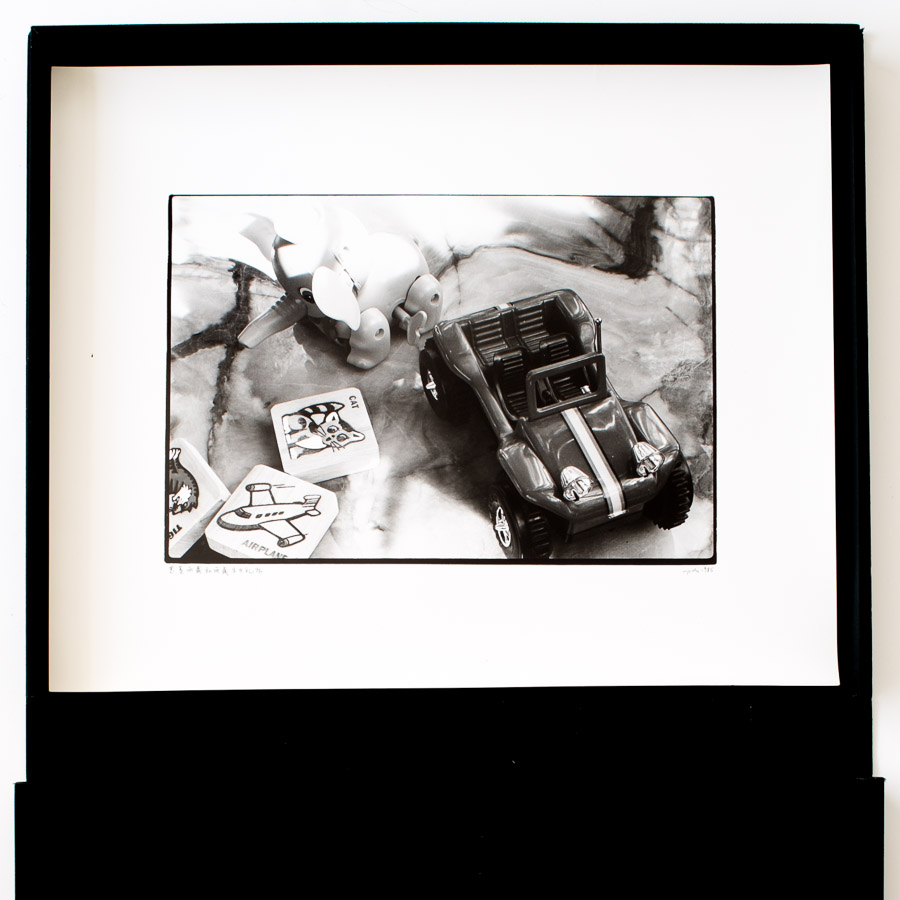 Invitation card for the exhibition was designed by Tommy Li Kam-Fai. My poem (in Chinese) was written on the occasion of making the invitation card. An English translation of this poem was done later by Lo Kwai-Cheung, and was published in 1997 in the WESTCOAST, a journal of contemporary writing and criticism.

Your sparkling black eyes
keep on blinking
Got some new ideas again?

in the night
ice-cream and penguin songs
beating a little drum
you hand me
a mushroom, an elephant a bunny and an owl
pointing at a tortoise you say Lee Ka-sing began his diptych project in 2014. Over the years, more than a thousand diptychs were created. He describes the project as spontaneously as brush strokes on the pages of a sketchbook, or, a poem written daily. These are juxtapositions of volumes of photographs from his current and previous work. In 2019, based on selections from this body of work, he begins to issue Archive Prints as part of his BIBLIOTHEKA series, in open edition and individual BIBLIOTHEKA prints. 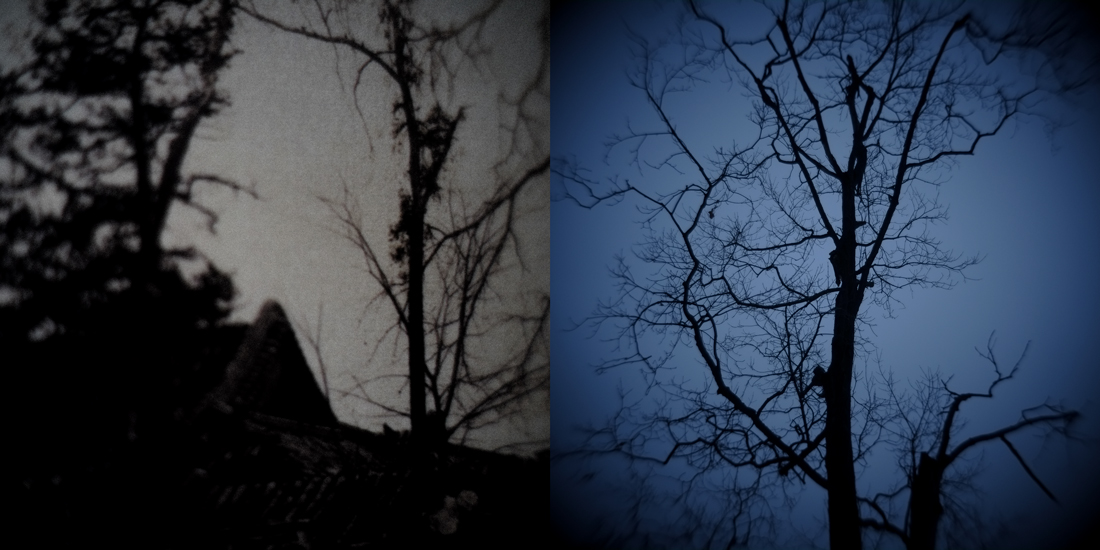 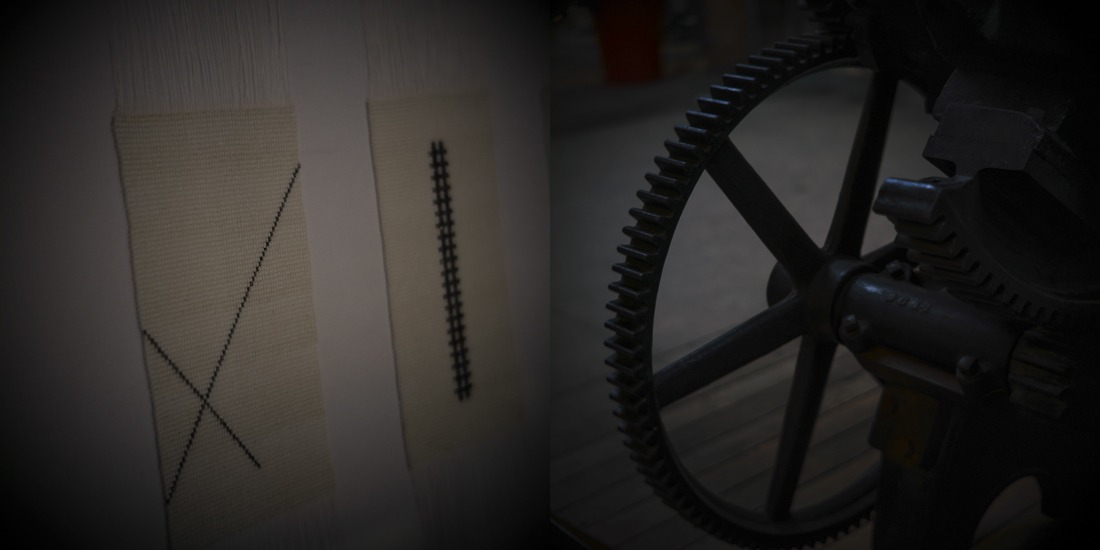 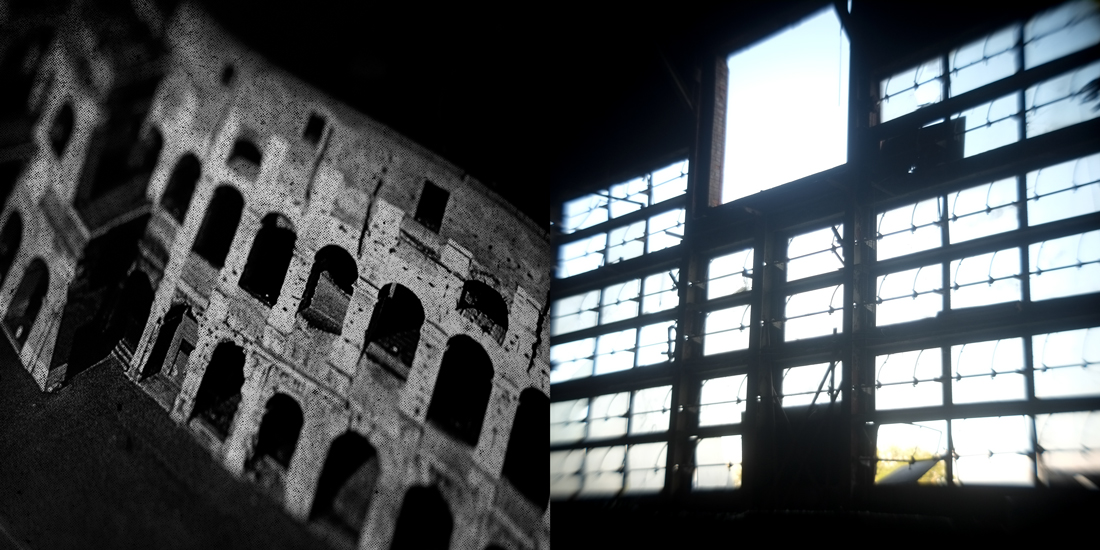 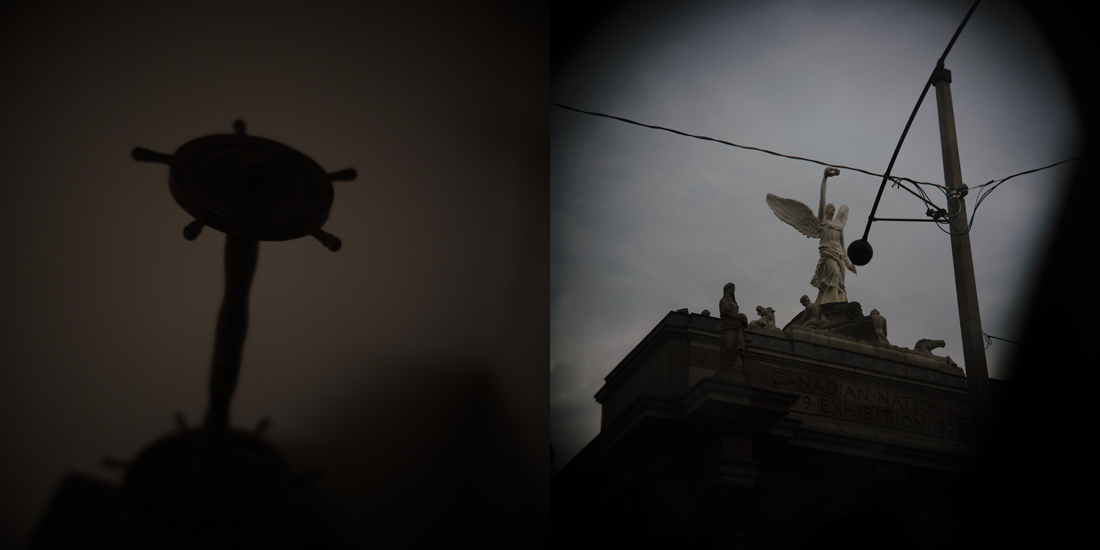 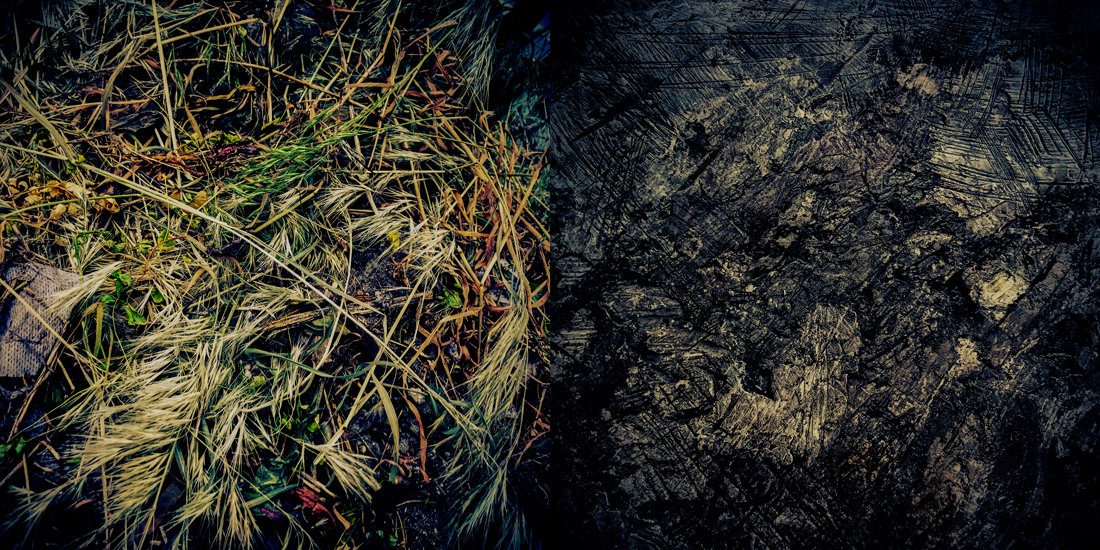