“I came back at the end of December,” Hilly emailed Mrs. Bento from Hong Kong, “and already heard that a new, SARS-like disease spreading in Wuhan. No one here took it seriously then, we thought our government has learned from experience and would be better equipped when dealing with incidents again like this. But no, ‘our leader’, after failing the extradition bill - the root cause of several months of protests and unrest, opened our gate to let tens of thousands of people from China to enter, and without any protective measure! Not until Wuhan was in a lockdown and many cities in China almost standstill, did our government impose the 14 days quarantine to incoming travellers. But it’s too late, you know there are about 20,000 to 30,000 Chinese travellers coming through our border on a daily basis, and these people are mobile, on streets, in restaurants and many public places. Can the Hong Kong people not scarred of being infected? I have been staying at home and trying to take it one day at a time. Been thinking of you and Canada, also your little museum of photography…did carry me momentarily away from the awful presentness...and here, better late than never, I have a few suggestions to make.”

Wish Bento was here, wish George and Wandy were here…but Hilly should know they are all in Hong Kong now! Yes, I should let her know. With a sign Mrs. Bento continued to read Hil’s email.

“I've come down with a few strange thoughts. We have already some general ideas of what photo museums are and what they collect, but some categories are still missing, such as a museum that’s dedicated to women photographers, a museum that collects photographs from the vision-impaired, or by people with physical disabilities, or…a museum focusing on food photography and its history. Last October, when I was in London, I saw an exhibition called Feast for the Eyes - The Story of Food in Photography. It was quite interesting as I have never thought of food photography in that way - it, as said in the text of the catalogue, ‘encompasses fine-art and vernacular photography, commercial and scientific images, photojournalism and fashion’. Hmm photojournalism…did I tell you about my trip with Paul Salopek in India? I think I did send you a short email from there. He’s an amazing human being. He writes with his eyes and shoots with his words. I parted way with him last September. I think he’s now in Myanmar, yes, let me check…he’s in northern Myanmar since February 7, from his tweets I saw him enjoying a sunset in Shwebo…wait the minute, next he’ll be crossing border to China, reaching Yunnan, perhaps walking through Guizhou; Sichuan; Shaanxi; Shanxi; Hebei and finally reach Beijing in the north, no sure exactly how he plans the route. Taking the situation now in China, would he reroute the walk or, even if he insists to walk on in China, taking all the necessary precaution, would it even be passable? But it will be at least a month or two before he reaches the Chinese border, and maybe, by that time, the disease has already been subdued…let’s really hope that. Can you believe, since January 2013, starting from Djibouti, Ethiopia, and now entering the eighth year, when last September he arrived near Umrangso, Assam, a state in northeastern India, he has already walked a total of 2345 days, roughly 6900 miles! Isn’t he like a 21st century Tang Sanzang? If you have time, you can follow his route on the Internet, a lot of people do, and find it life changing.”

In closing her email, Hilly sent her love. Isn’t there a man in New York doing the same thing like this Paul? Mrs. Bento recalled the story of a man Mr. Bento told her. Matt Green woke up one morning and decided to explore every street in New York City. Equipped with google map and travelled lightly, he began his walk in 2010 strolling every single street of NYC’s five boroughs. By June 2019, he had completed almost 9,200 miles of walk, learning so much more of the city than the sum of five life times. That’s easy, thought Mrs. Bento, isn’t that what Chai is doing right now? I have MapArt and we can follow that book to walk through every single street in Toronto, and already we’ve done Gladstone Avenue… 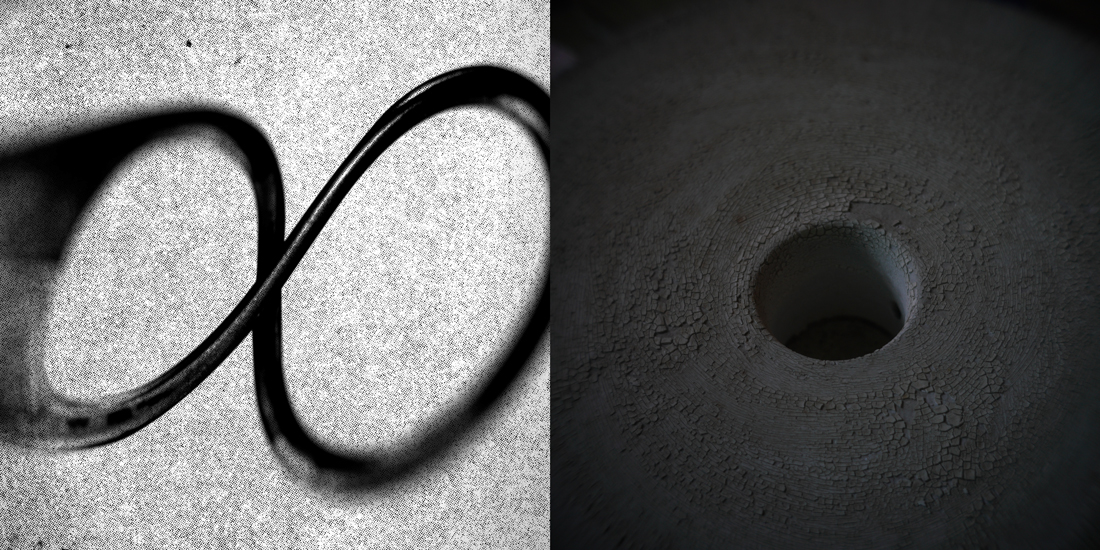 A circle is a piece of never ends poem 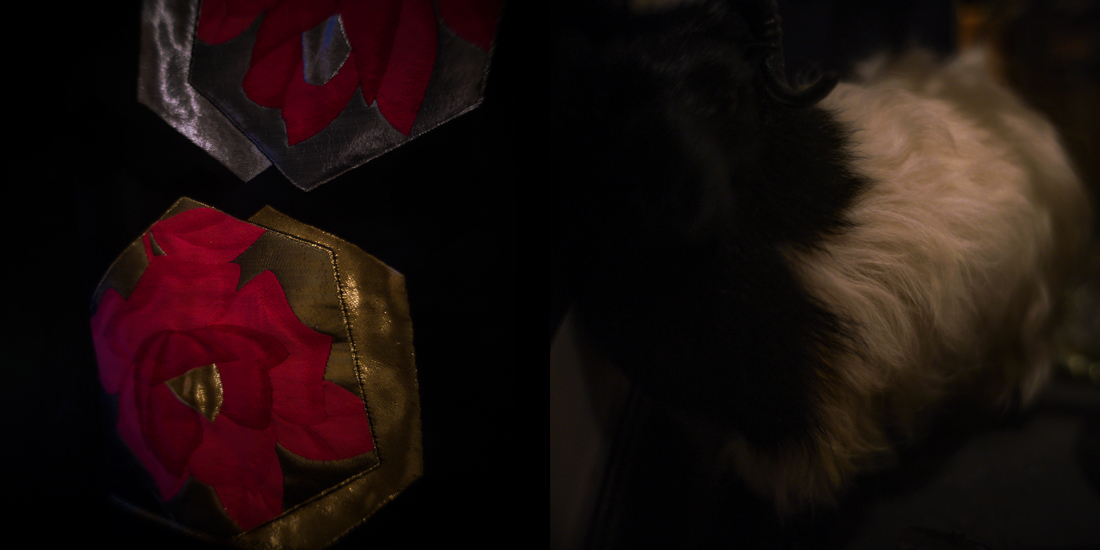 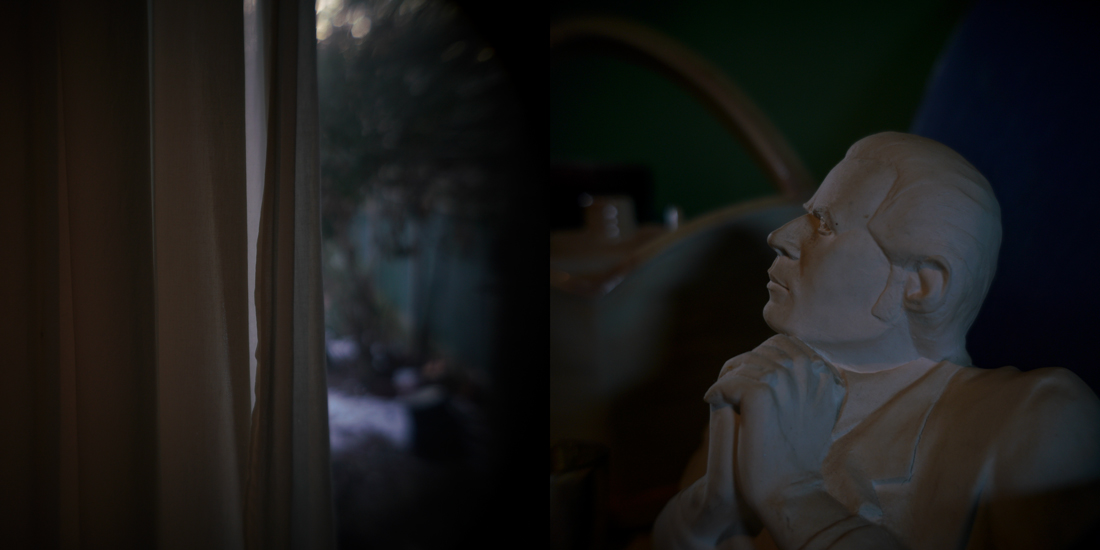 Bach in the time of coronavirus 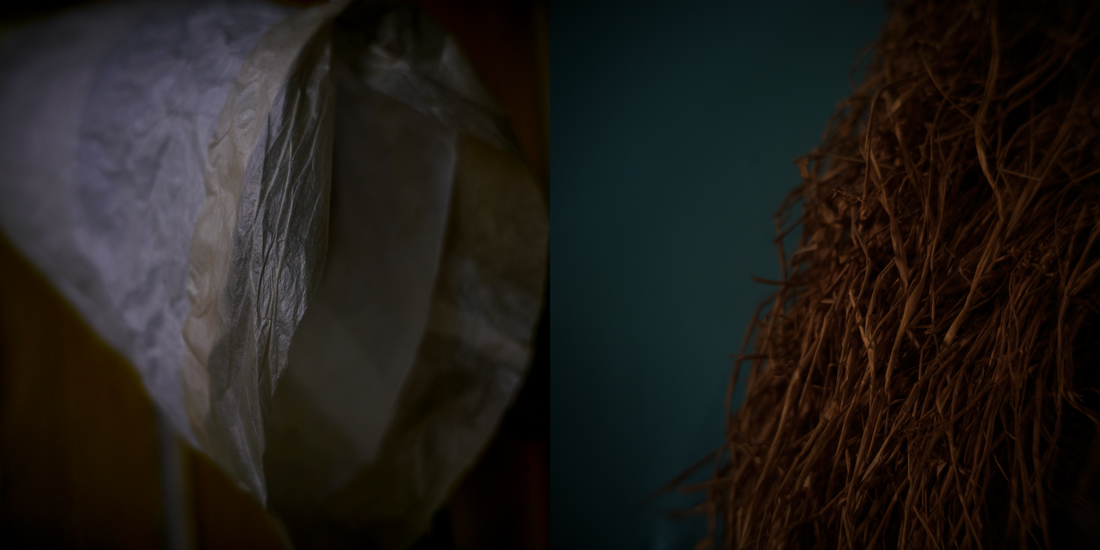 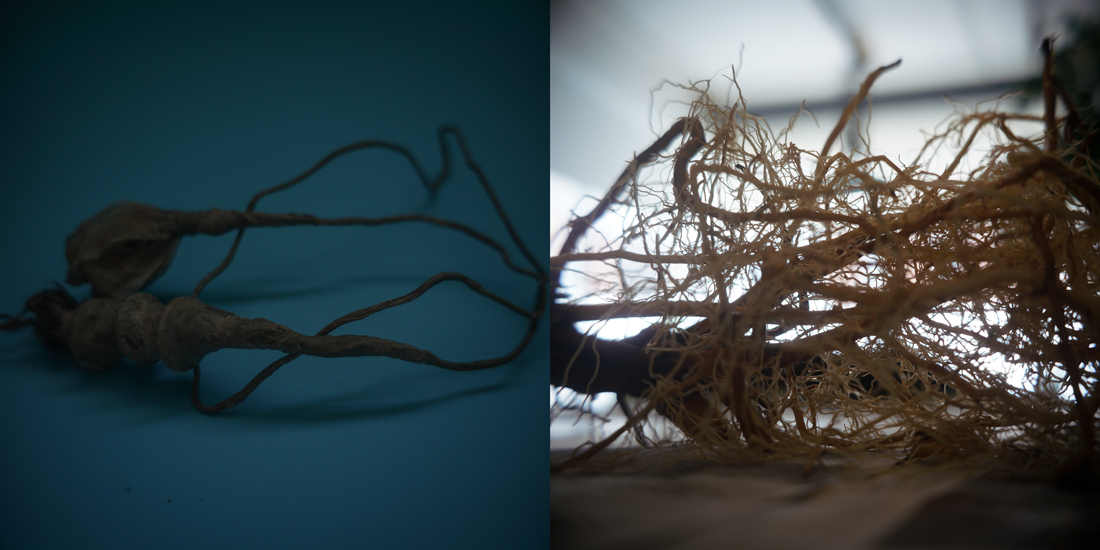 Song of nervous system against a dark blue background 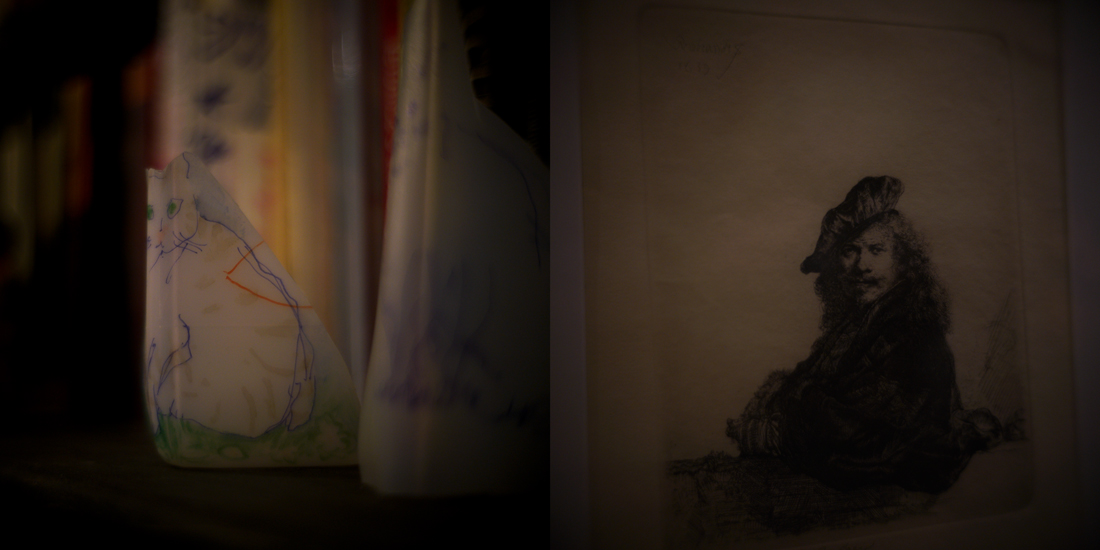 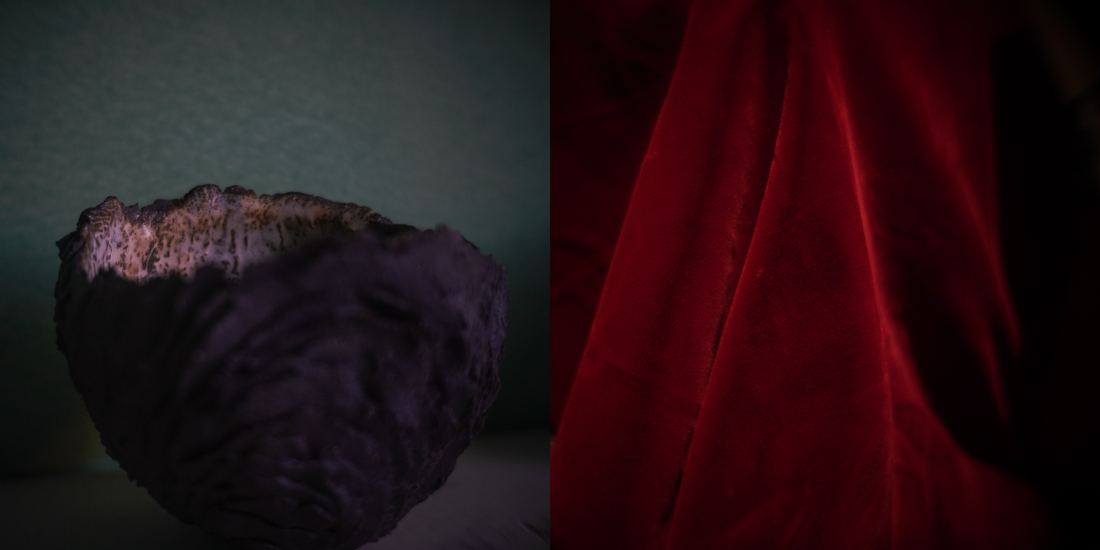 Deep purple that next to the red 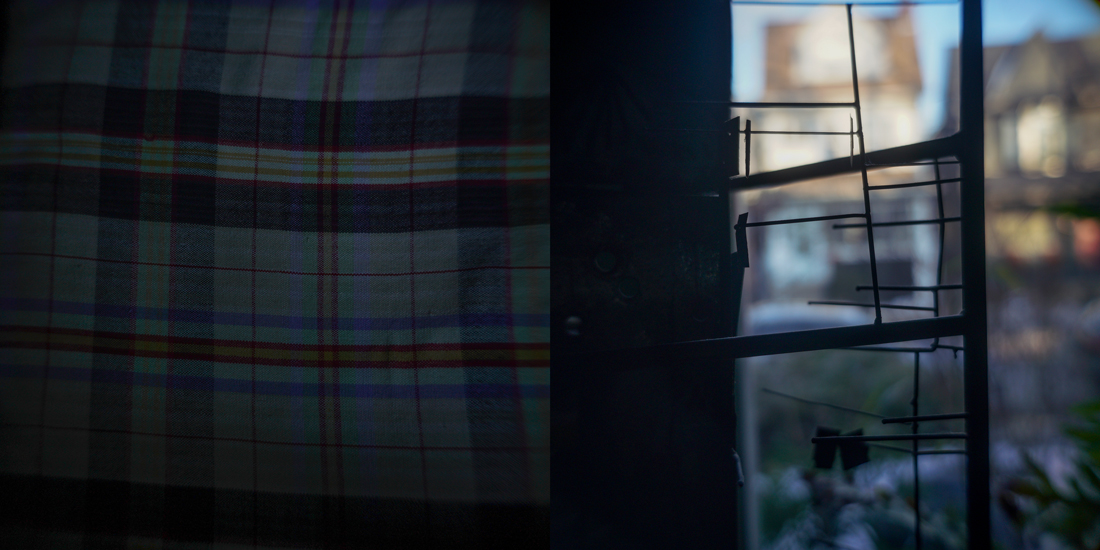 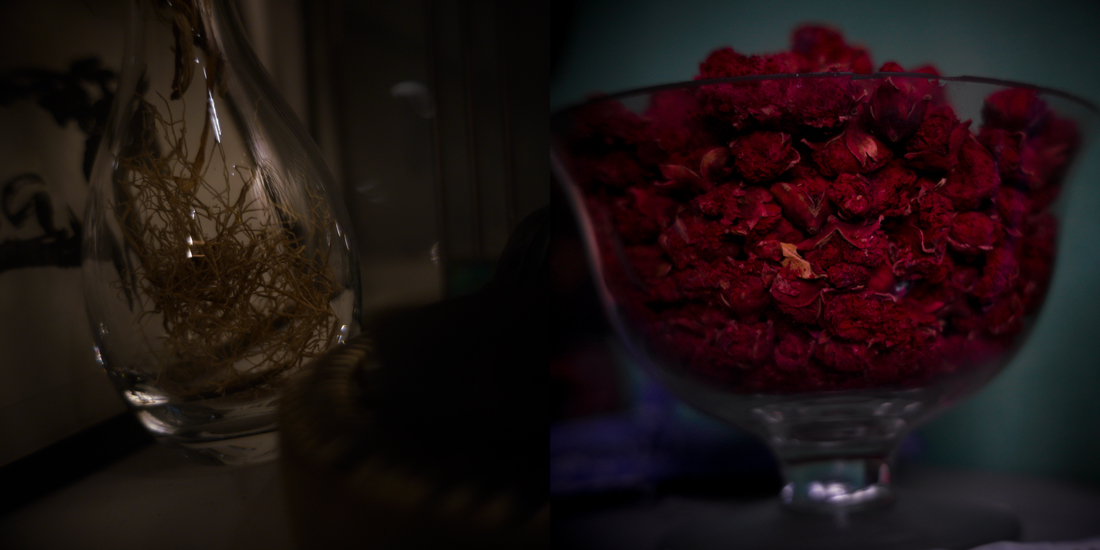 Water drop and a glass of burgundy 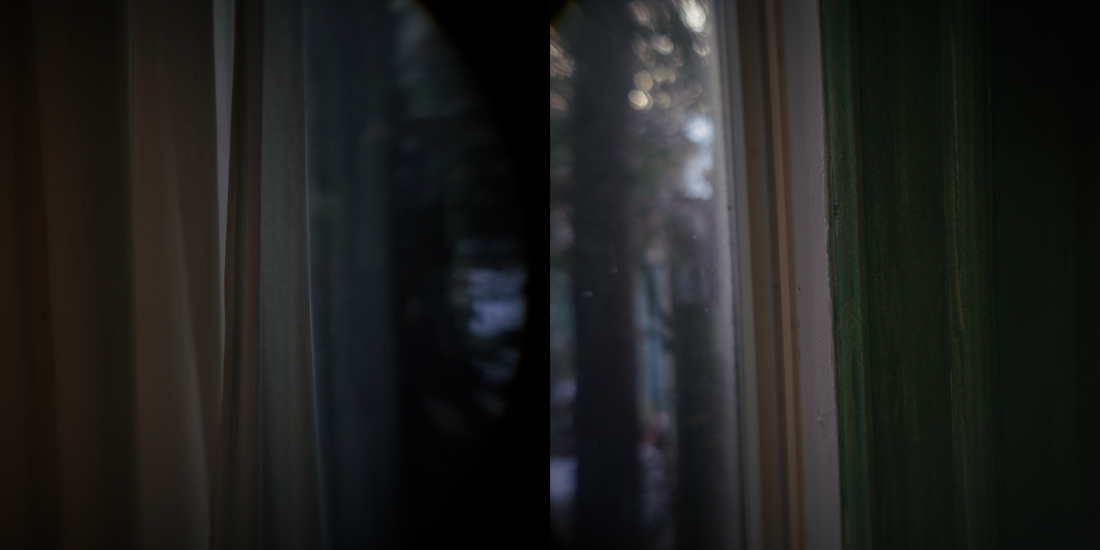 A window with two views 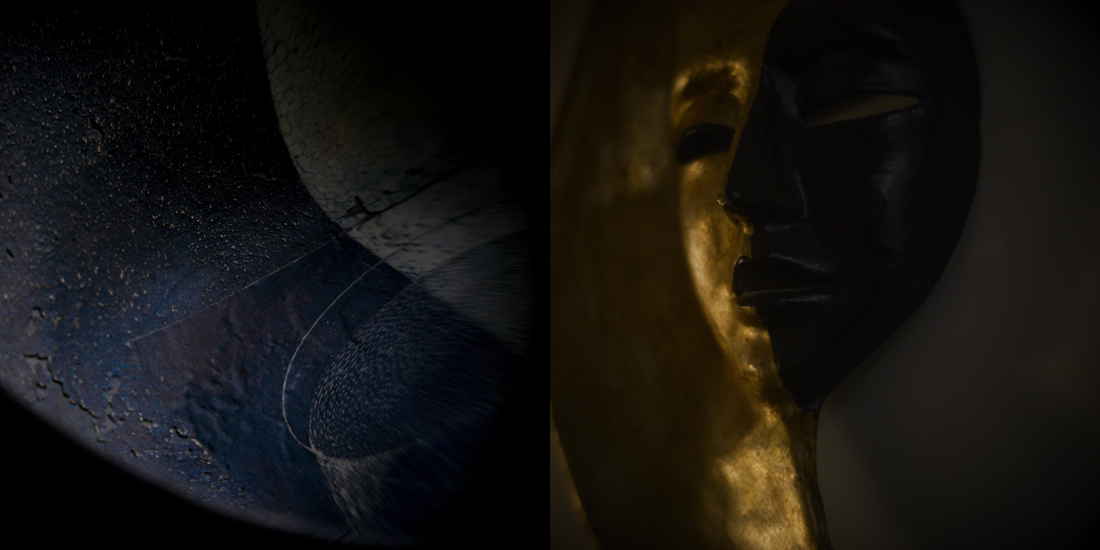 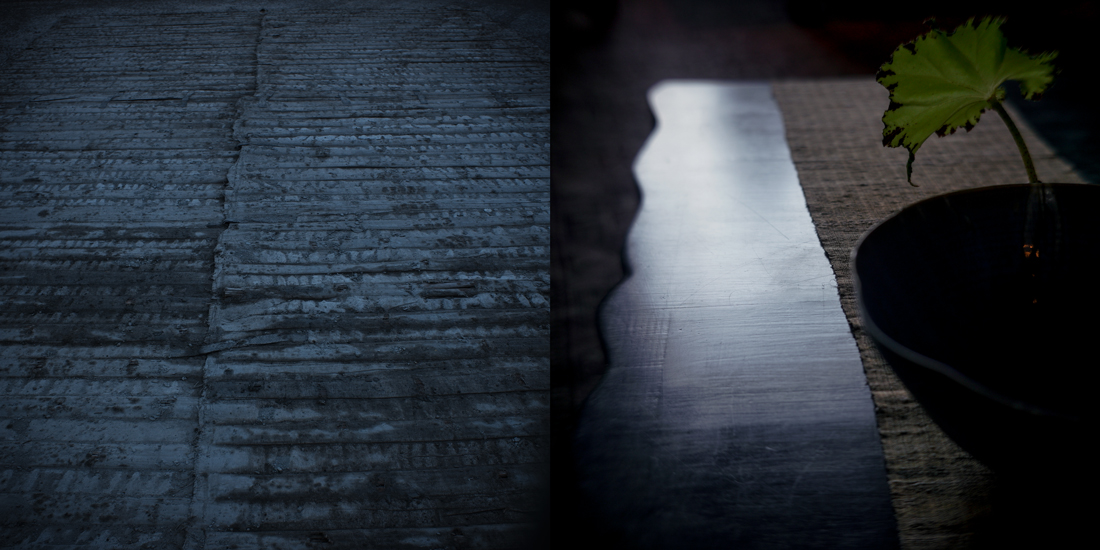 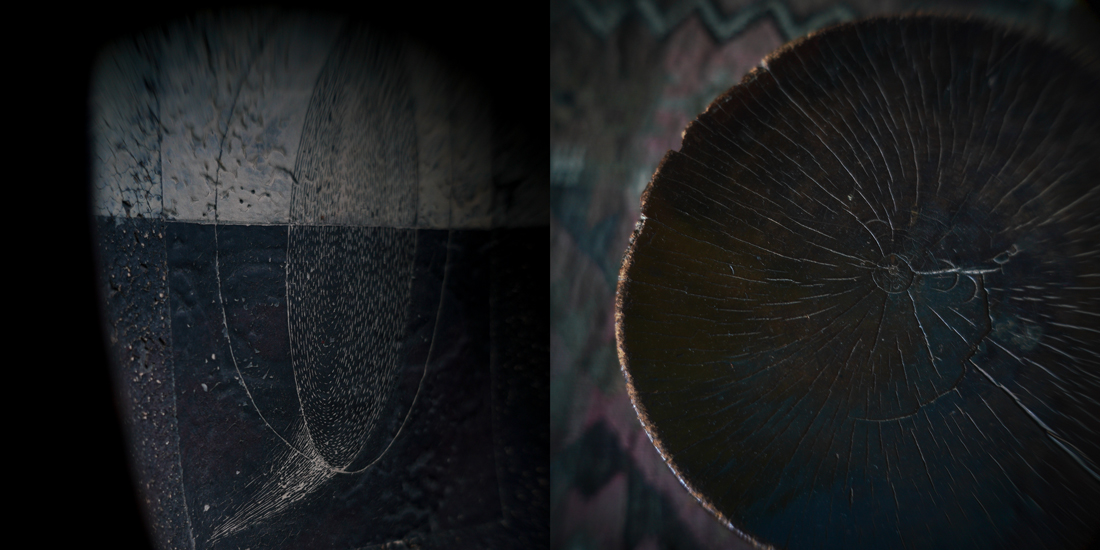 Einstein on the beach 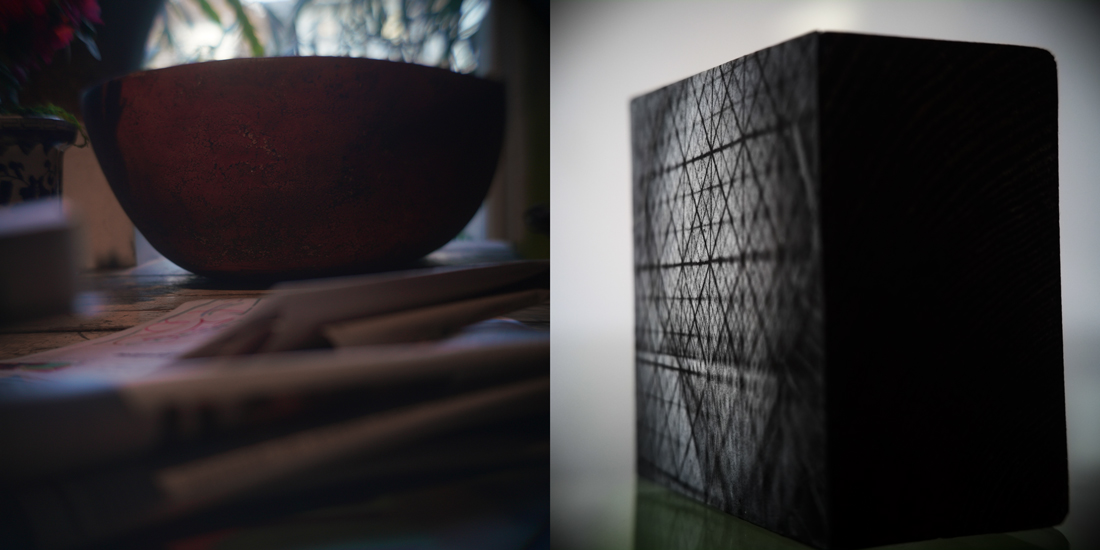 The bowl, the red, and the architect 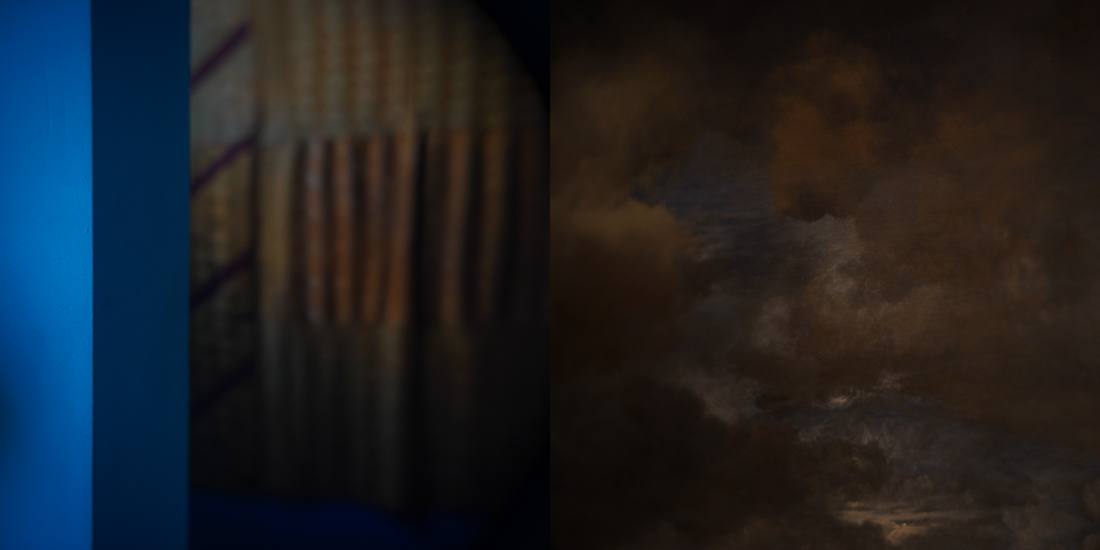 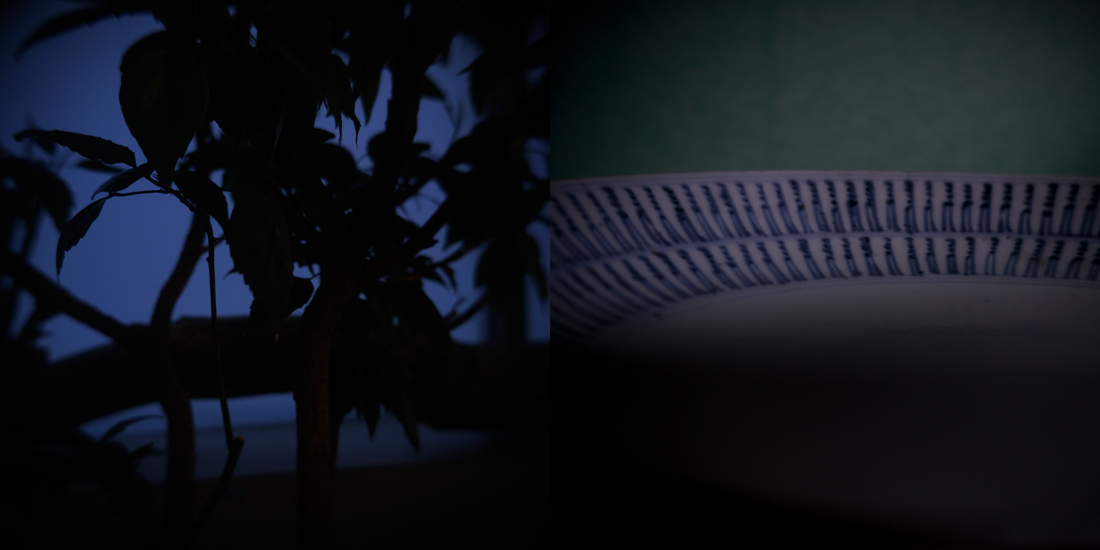 The beauty of an all night long supper 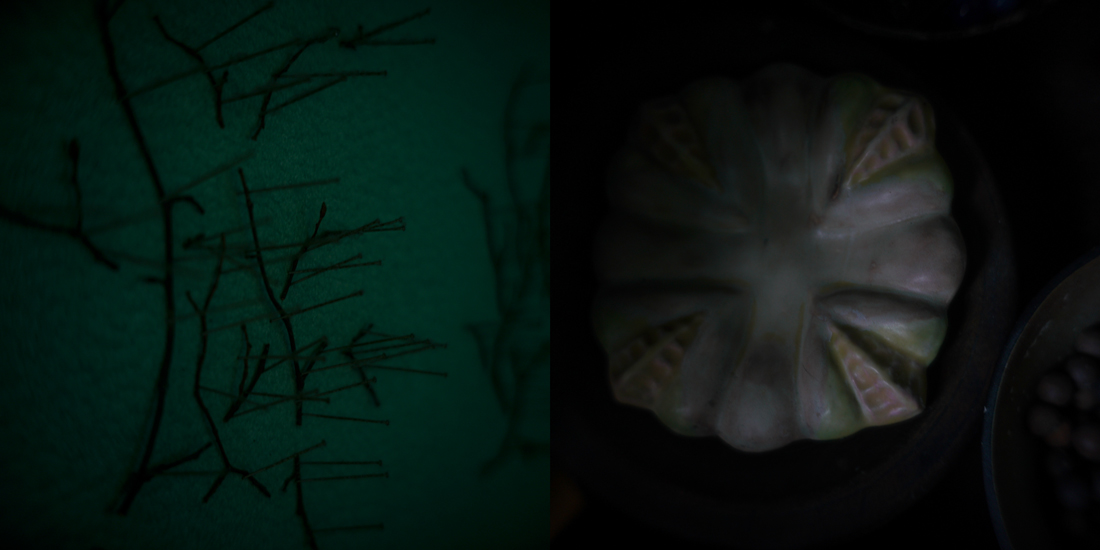 A map from the city of heaviness Wild Goose
I have this wild goose kite for almost thirty-three years. In my wane memories, I bought it when I was on a photo shoot in 1987, in Tianjin, China. I bought two different kites, a red gold fish, with big belly and enormous tail, and this pinkish goose with huge wings. The gold fish had gone years ago but the goose stays with us during our many times of transitions. The first time it was put into use was as a prop, held by Sunny Pang, the choreographer in my portrait work “89 • The Golden Lotus • Footsteps of June”. When I started to explore photograms in the early nineties, I used the goose to produce an image, which was employed in the annual cover of Dislocation Magazine volume 3, 1995. Part of the photogram was used again, as cover for my little photo book “Holly Lee Selected Photographs” in 1996.

Wire
When did we produce this abstract photogram, where a number of objects scattered in this vast black space? I can still recognize most of them: a 6000 watt second flash bulb from our powerful studio strobe light unit Broncolor 606, a cosmic ladder mechanical clock we bought from Guggenheim museum New York (which is still hanging and making noise in our home), two pieces of slender porcupine quills forming here an X, a plastic 3-d lensless glasses, a wire mandala and a test strip at the corner, a bunch of tangled wire hidden behind the clock with some running amok. The bunch of wire has had several reincarnations. Though it was used earlier in this photogram, it made its presence most prominently in between 1994-5. Ka-sing used it in an artwork in “The Box Show” in the October issue of Dislocation Magazine. “The Box show” was an original idea from Law Kin Wai, an art critic and curator who initiated and organized an exhibition (with the same name) for the Fringe Club in September of the same year (1994). Dislocation had featured a major part of the artwork, by twenty three artists, each created art out of the cd box. And lastly I used it, combined with an image full of leaves to create a photogram called Tangled. It was used in the cover of Dislocation Magazine in January 1995 issue.

Photo-booth pictures
Anatol Josepho - remember his name. Though the first known photo booths were already been working in Europe between 1889 to 1896, he was the person who built, in 1925, the first curtain-enclosed photo booth in New York City, popularized its use by charging only 25 cents for a strip of eight photos in about eight minutes. By 1927 photo booths had already spread to Canada and Europe. In the early days, the machine had been used by commoners and artists alike, for different purposes. We can fondly recall Andy Warhol, who fell into a three year obsession with the machine, making hundreds of images of himself and many other celebrities of that era.

We don’t know and still cannot find any history of when photo booths were introduced to Asia. But here, in the eastern part of the world when the coin-operated automated machine was imported, we used it basically for passport photos - as an legitimate form of identity. I had paid multiple visits to the photo booths since I was a teenager.

During my experimental period of photography, I laid out some of my photo booth pictures, along with my best friends at that time, my cousin as well, to make a photogram called Twenty Photographs. Based on Twenty Photographs I further developed it into an interactive cd-rom. By clicking on each photograph, viewers were led to a little piece of narrative, or video. This work, along with X-ray Film and Tangled, were exhibited in a group show called Nextstop in 1995, a digital exhibition at the Goethe Institut, as well as “Restricted Exposure” at City Hall, Hong Kong, 1996. The photogram was also applied to the cover of Dislocation Magazine, in the “Identity Issue” of March 1995.

X-Ray Film
This photogram remains very personal. The original image is from my mother’s X-Ray film in 1992 - the true, inner identity of an individual that happened to be my mother. The image was used for the Dislocation Magazine cover “Photo Booth Issue” in February 1995.