As Ginger was busy retelling her dream of the future world, how she narrowly escaped, but believed would end up in the food chain as soon as she reached the age of forty, how awfully it would be to live in a world so bleak, without blue sky, plants, birds, animals, laughters of the human race and, never again hearing stories told from older people like her grandparents… “wait a minute, it might even be good material for another sci-fi movie, fitting into the post-apocalyptic genre.” she said with a sparkle in her eyes.

“That’s interesting. I suppose sci-fi movies always have a large audience, and a good number of films have taken in the sci-fi elements into their scripts, even though they might be thrillers or horror films in nature. But there are some films genuinely more sci-fi than others. Have you also seen the films Ex Machina, Arrival, Inception, Interstellar and the more recent Annihilation? I think these stories explore the topic in deeper, more intelligent and disturbing ways. They make you think. And of course, as we speak, I forgot to mention one of my favourites, The Matrix.” Noah added.

“Of course! How could we miss those,” exclaimed Ginger, “but we also love Avatar, all the Star Wars films, E.T. and some films related to trains, yes, the Korean made Snowpiercer, Train to Busan, why do they love train so much there, and aah…Okja.”

“Toward the beginning of the 20th century, when photography was invented more than half a century ago, there were already incredible sci-fi films produced with primitive technology. Movies like a Trip to the Moon, Metropolis, Nosferatu, Frankenstein, Island of Lost Souls, Flash Gordon, Aerograd…King Kong. Pretty much a mixture of science and fantasy, and some of them have gone through several remakes too.” joined Chai.

“Well, the film industry depends highly on the box-office and the international market. If they feel a film sequel can help make more money, why not? We have so many examples here. Look at Star Wars, Aliens, Lord of the Rings, Harry Potter, James Bond, Matrix, Bat Man…and yeah, there might be disappointment too…from both sides.” said Noah.

“Yes yes, our hunger can never be filled, their pockets can never be overflowed. Just don’t forget, beside the audience, a large number of creative people, technicians and administrators depend on the film industry to feed them…now Noah, another piece?” asked Mrs. Bento, already stretching her hand out to take Noah’s plate.

“Oh yes, I’ve seen Fantastic Planet sometime ago and want to see it again!” exclaimed Mrs. Bento, “and what about Little Prince, I mean the novella, not the pin-sharp Pixar-style animation, though part of the film was recreated from the author’s original illustration…I used to have a paperback of this book, but lent it to a good friend, who forgot or…maybe loved it so much that she did not remember to return it…”

“Mom, don’t forget I’ve made two small art blocks of little prince too - one with a rocket circulating B-612, which I made into a squarish planet, the other with little prince sitting on the asteroid’s edge, his precious rose sat protected by a plastic helmet near his feet.” said Ginger.

“And now your little prince is Cigar! You’ll bring his card-board image to the four corners of the world to take a ‘I’ve been here’ tourist picture!” said Mrs. Bento. At the same split second, she thought to herself, to me you are always my little prince, my unique flower in the world, which grows nowhere but on my planet, one single blossom grows in all the millions and millions of stars, enough to make me happy just to look at the stars. I can say to myself, somewhere, my flower is there…

Lee Ka-sing
Snail mails in the time of cholera, 2
from DUET series, 2020 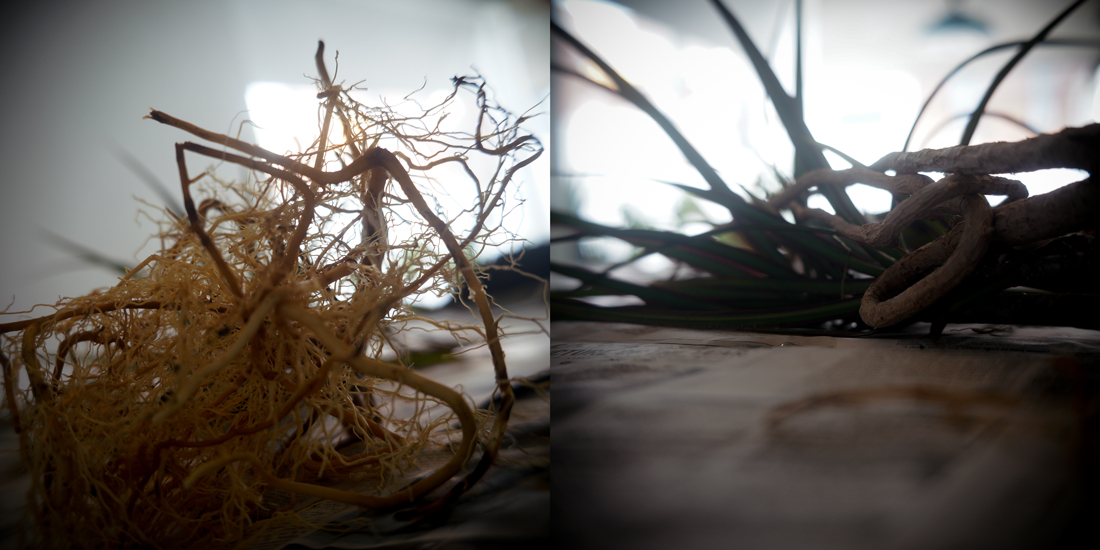 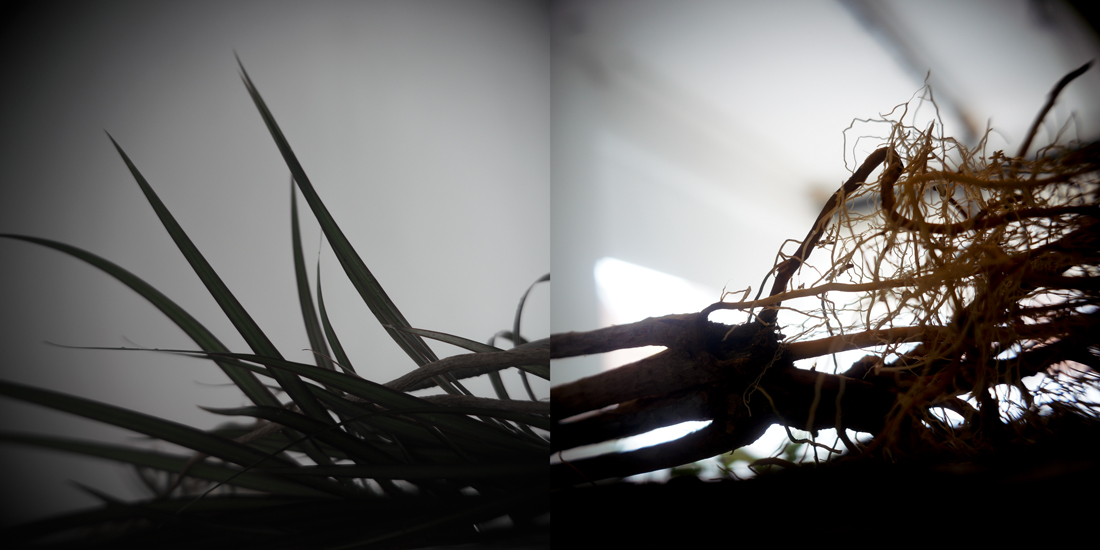 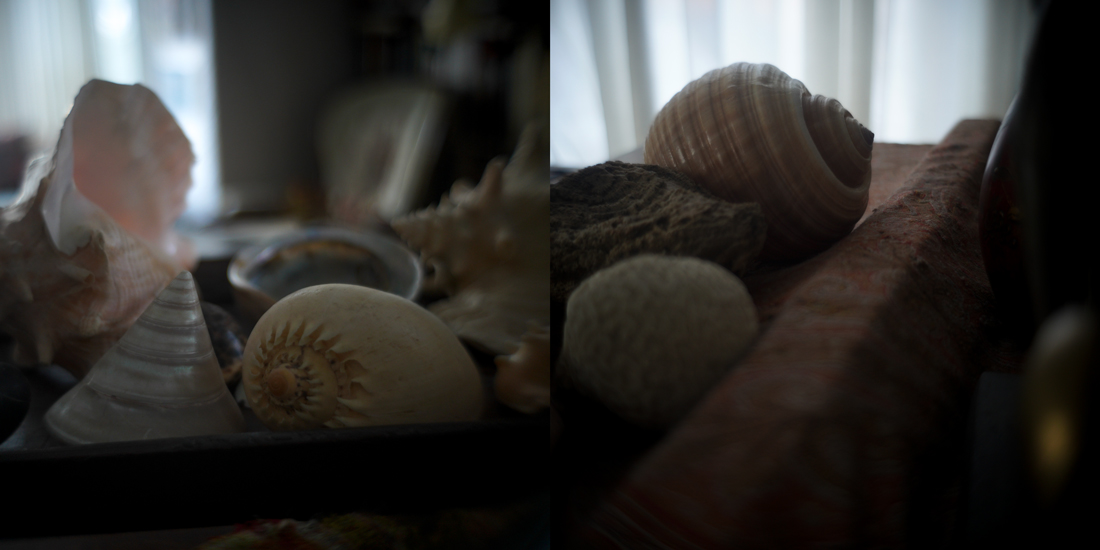 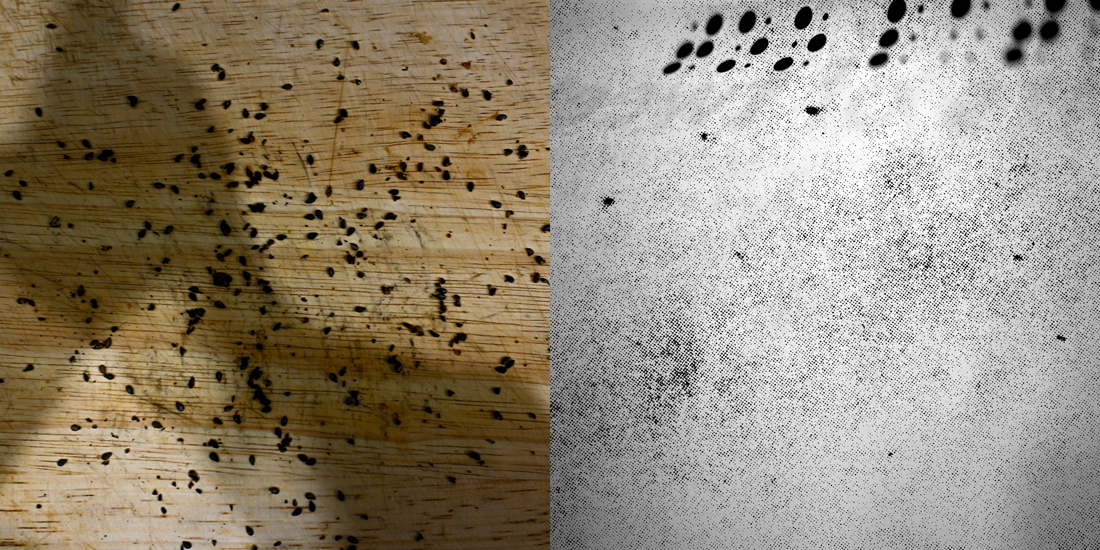 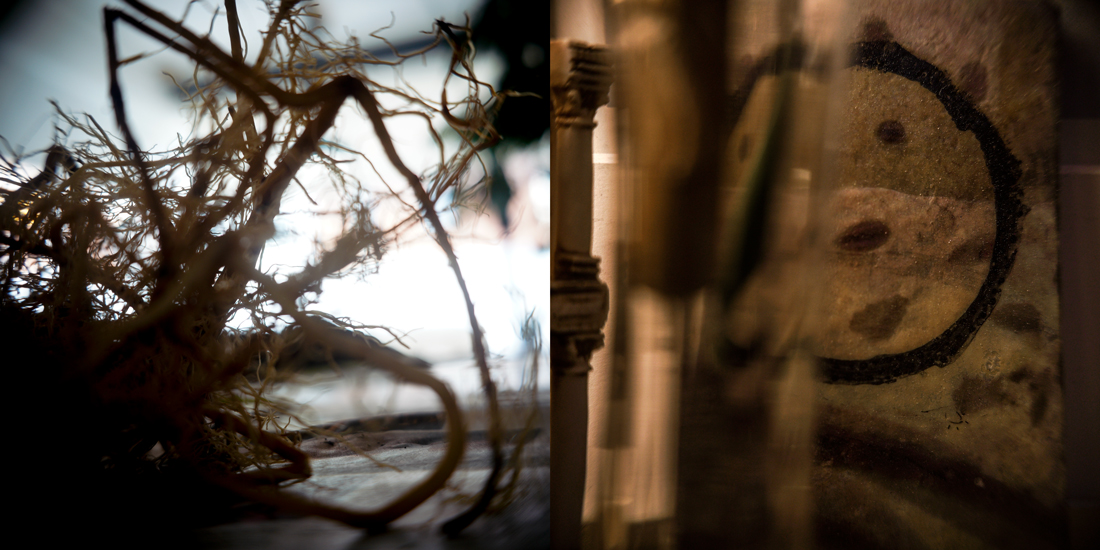 樹根與一枚圓圈圖形的始末 (Google tr. Tree roots and the story of a circle) 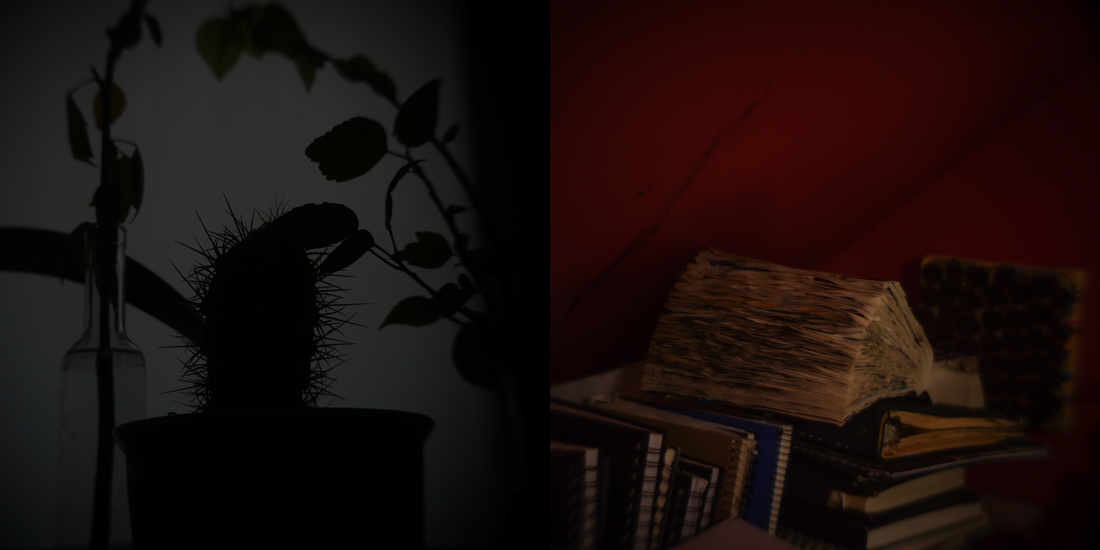 黑色的事件及有深紅色背景的冊本 (Google tr. An event in black and the book with dark red background) 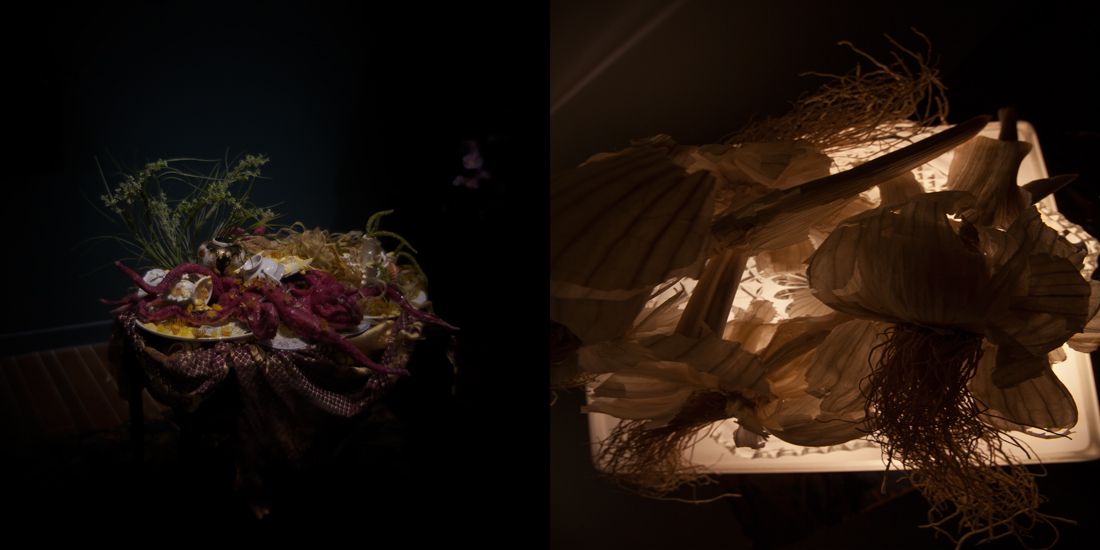 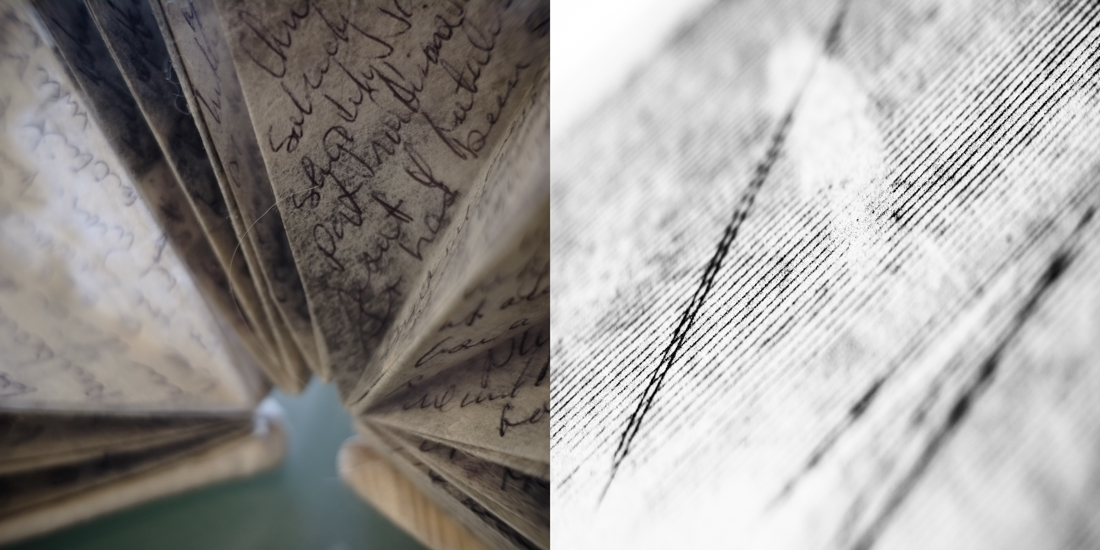 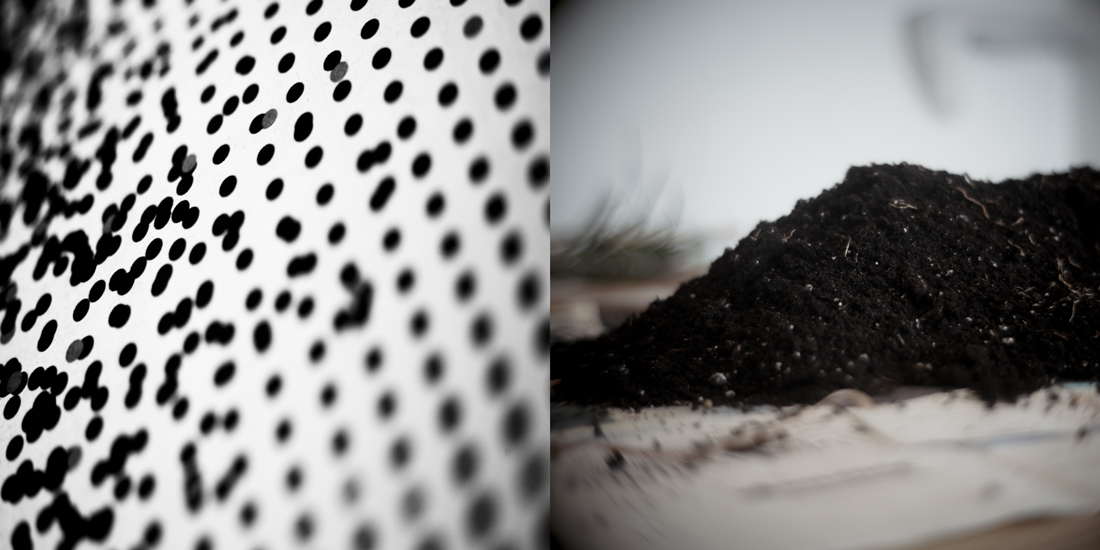 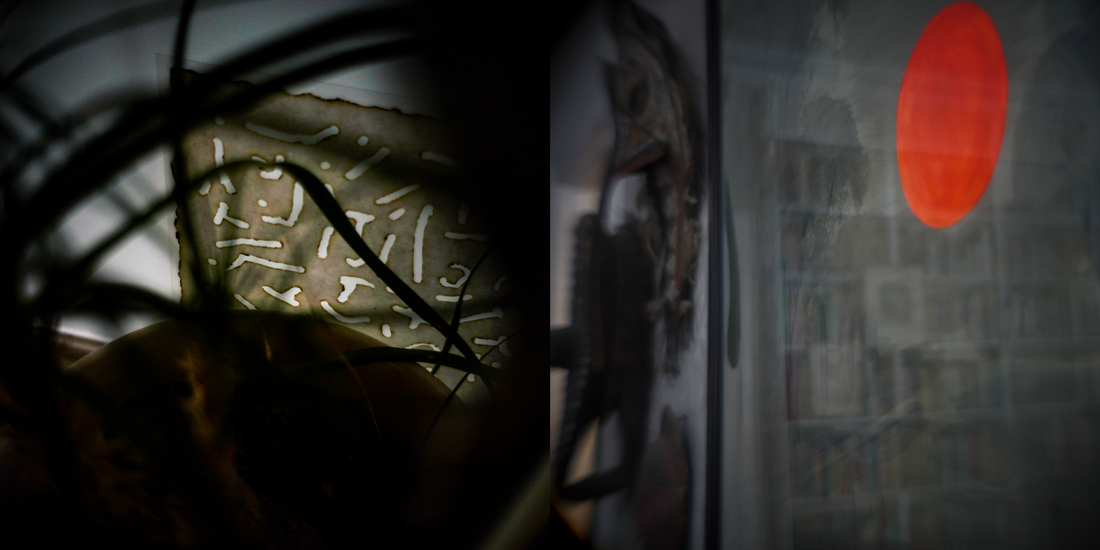 怎樣說一個接近真實的故事 (Google tr. How to tell a near-real story)